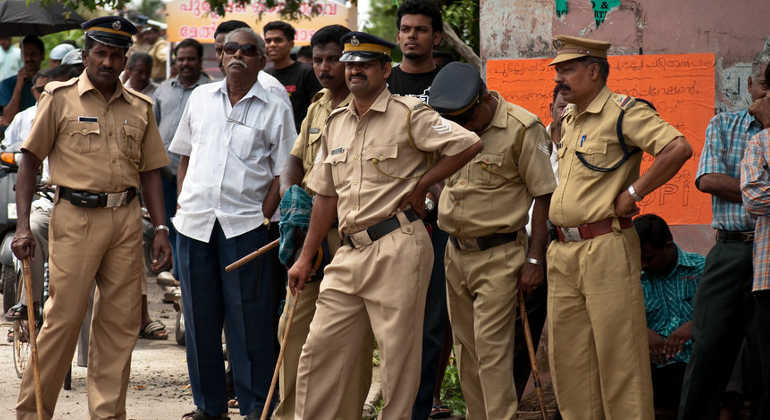 Police of Kerala state in India had found a headless and decomposed body of a foreign woman on Friday near Thiruvananthapuram. It is said to be the body of European tourist named Liga Skromane who came to Kerala for ayurvedic treatment last month.

The police claimed her body and set up the investigation after the identification of the woman was confirmed by her sister Ilezie and her live-in partner Andrew Jordan on Saturday before the news had been officially released to the press.

According to the state police officials they still waiting for deeper scientific confirmation of the dead corpse that belongs to the Latvian woman through a DNA test.

33-years old Liga Skromane is said to be missing since March 14 of 2018. She came to India for ayurvedic treatment as she is suffering from depression for a long time. She reached the Indian state Kerala last month and get accommodated in a sea faced resort in Kovalam. According to her sister, there is no sign of her sister after March 14, she sais Liga picked up an Auto rickshaw from Pothencode from where she is attending ayurvedic treatment to Kovalam and went missing from that day.

Ilezie and Andrew Jordon made a personal plea to the state's chief minister and the police higher official and they printed her photo and distributed in nearby places for some valuable clues to find her. But unfortunately, they found her as a dead corpse after a month.

According to the reports by the state-run news daily, some fisher folks found the woman's body without the head and a limb.

Now the body of the Latvian tourist is likely been taken to Rajiv Gandhi Centre for Biotechnology for a detailed autopsy. the police have denied giving any answers to journalists' questions like what happened, whether she was harassed and how are the suspects in police views?

It seems India to make stronger laws to protect Tourist to the country as some violent attack over foreigners seems increased in recent years in India.