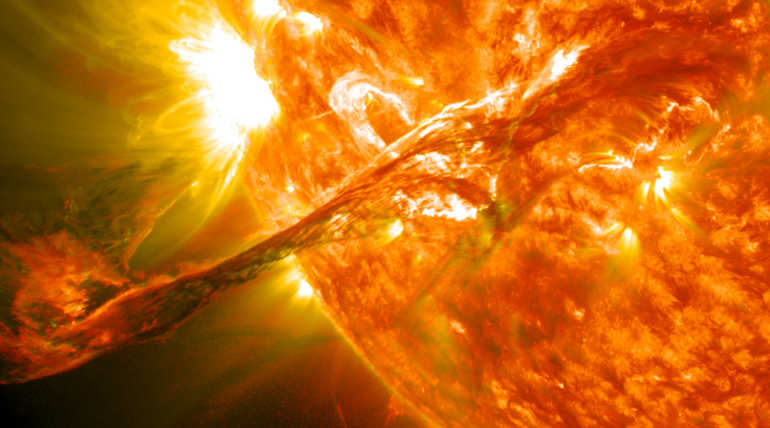 Last Month NASA had confirmed that the sun had opened out its three coronal holes and ejected out a huge amount of cosmic particles towards earth and eventually it is likely to create a geomagnetic storm or solar storm. Now the wave likely to hit the earth in few days.

Previously NOAA(National Oceanic and Atmospheric Administration) had classified that it is a minor and they are expecting that the geomagnetic storm will hit the earth on May 6.

Previous observations describe that the solar storms will cause terrible consequences on earth but this one is considered to be a minor version of solar storms. hence the recent storm is classified as a G1 level where the G5 level is considered as one of the worst levels.

G5 is considered to be more terrible because when our earth likely to be hit by that level of the storm then the earth will face a complete shutdown as the satellites will go offline. An extreme level of G5 exposure will increase the possibility of cancer in a healthy human being. But this G1 likely to cause an enhanced Northern and Southern Aurora lights.

The G1 level will enhance the normal Aurora lights to an amusing level but scientists are fearing that a small level of a geomagnetic storm could possibly create a high current in the magnetosphere that could eventually lead to a higher flow of electricity in power lines some time the higher flow may affect the electric grid and cause explosion.

The first geomagnetic storm is observed in the 19th century but if the earth subjected to hit by an extreme level of the solar storm it will lead to some trillion dollars of damage in power grids, electrical systems, satellites that the repair could consume much time than imagined.