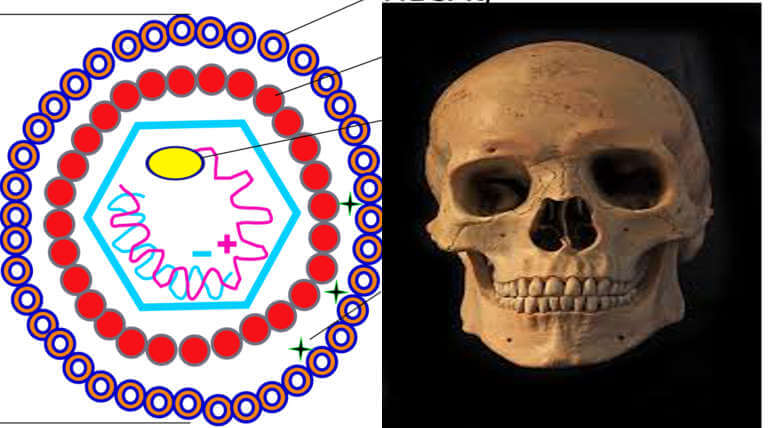 Hepatitis B Virus (HBV) causes serious liver infection and the virus is said to be the oldest known virus and also it is widespread across the world affecting about 250 million people causing deaths of 887,000 people annually as reported by World Health Organisation.  The virus gets spread normally through saliva and blood.

A research has been carried out by two teams of the University of Copenhagen that collected the human skeletons in Europe. The teeth and bones of the skeletons were powdered and then analysed. Upon analysis, they have noted the human DNA affected with a virus whose DNA was also scrutinized, said Eske Willerslev, a geneticist from the university.

About 300 skeletons ranging from 200 to 7100 years ago, were retrieved from the mass burial site of ancient warriors and around 15 skeletons were found to have affected with a microbial virus. Upon deeper insight, it was found to be the Hepatitis B Virus that causes liver cancer in humans. The pictures of viral DNA found in the gathered samples were revealed in a reputed weekly journal of Europe. Interestingly, such analysis on skeletons is not new to the modern age. Already, in 2015, DNA was isolated from the bacteria Yersina Pestis found in Bronze age skeletons.

The recent study reveals that the Hepatitis B Virus existed in the ancient Bronze age (7000 years ago)  in Europe and Asia. It can be concluded that people have been subjected to the infection of the deadly virus over wider ages. The study results would be useful for further enhancement in the modern medicines available for the virus infection. Archaeologists suggest that ancient evidence for any medical treatment against this virus if found would be helpful for a deeper understanding of the virus.