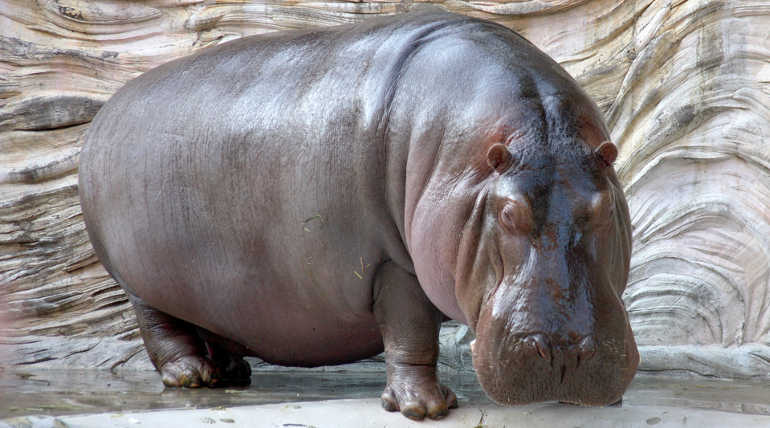 Mara River that runs through Tanzania and Kenya is known as the blood vein of Serengeti game reserve. The river holds the life of millions of wild habitats of Serengeti throughout the drought season. But the river itself became a death trap of its fishes when it supposed to hold a large number of large sized semiaquatic animals like hippos into it.

A new study of Yale University Suggesting that huge amount of Hippo Poop is one the main cause for the increased mortality rate of fish in Mara River. A team of five research scientists from various universities has proved that other than human sewage, droughts, and cattle farms there are many other reasons holding behind the natural death of fishes in an unregulated river.

The team was lead by Christopher Dutton of Yale University said when the staggered pools of the Mara river suppose to hold large herds of hippos the water is literally filled up with tons of hippo organic materials. According to the study, the Mara river is subjected to filled with nearly 8,500 kg of hippo wastes that excreted by more than 4000 hippos every day during the daytime.

The lead author of the study said as the hippos are already known to be a semiaquatic animal they leave the water at the night time to feed on the grass fields and return to the water again in the hot noontime to safeguard themselves from the heat of the sun. There the processes of digestion starts and the river constantly filled with an unlimited supply of hippo poop. The organic wastes later settle down to the bottom of the river and start its next process under the water.

During the dry season, the feces that settle down to the river bed starts to decompose and induce hypoxia in the river water during the process of decomposition the process that released more amount of methane and other gases into the river that reduces the level of water oxygen.

It seems now humans got another competitor in polluting the world's water sources.