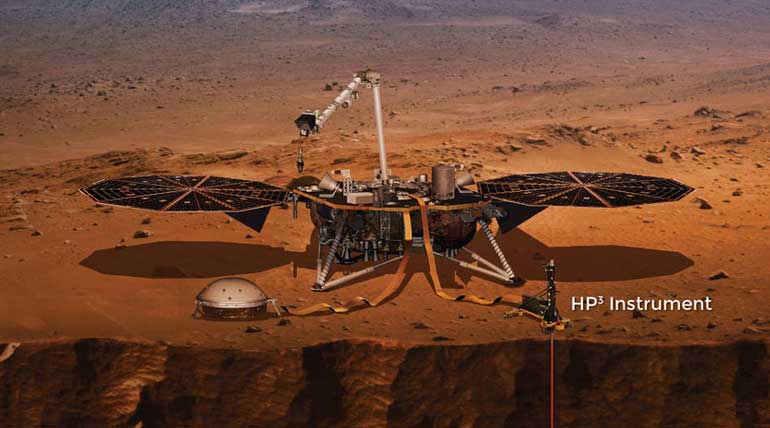 The Mole is a heat probe designed by NASA and packed with the InSight rover to study the interiors of Mars. The InSight was programmed to use Seismic Investigations, Geodesy, and Heat Transport mission to investigate the deep interiors of the red planet.

The heat probe named, â€œMole,â€ was the most crucial self hammering tech attached to InSight by NASA. Following the protocol, the Mole started to bury itself into the Martian soil from February 2019. The equipment was designed to dig up to 16 feet. However, the Mole managed to submerge only a part of itself since then.

NASA pushed InSightâ€™s arm to help its heat probe last week. As reported by the InSight team, the probe dug another 2 centimeters with the help of the roverâ€™s arms.

As reported by NASA, the probe needs friction from its surroundings. Hopefully, InSightâ€™s robotic arm came in to provide friction with the â€œpinningâ€ technique. Without friction from the surrounding, the Mole bounce like a ball of its own recoil instead of digging in. NASA sited the firm soil of the planet for hindering the probe from continuing the mission.

NASA is super excited to see the Mole digging again, said an engineer of JPL. There is a lot more to go by the probe, but, we are thrilled to see it digging again, concluded the engineer.