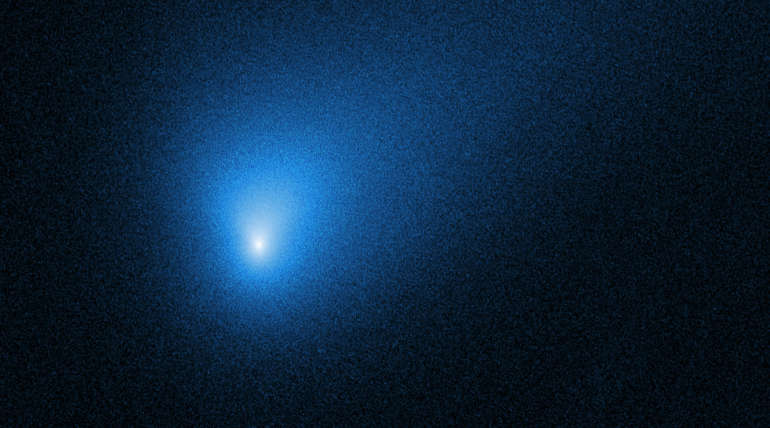 Comet from another solar system passing through ours and will be near on December 8: Interstellar comets coming to our solar systems are not any daily affairs, and so far, only one has been seen by astronomers ever. The second is to soar through the earth on December 8 and is named as 2I/Borisov, after the one who saw it first.  It is a rare sight because for anyone to even approach another star or solar system will take only 40,000 years.

On August 30, 2019, Gennady Borisov in Crimea of Eastern Europe spotted a faint smudge on the horizon. He submitted the observations to Minor Planet Center, which is a clearinghouse for information about small bodies in the solar system. It was the starting of the second interstellar object to be seen by man and named 21/Borisov after its first discoverer.

David Farnocchia, NASA's Jet Propulsion Laboratory navigation engineer and one of the first to determine 2I/Borisov to come from other stars says, he was not expecting to see anything like that. It is because the only previous interstellar comet called Oumuamua was seen in 2017. The scientists were not able to view it as more than a single pixel of light and were not sure what they saw. Ironically Oumuamua roughly translates from the Hawaiian language to the messenger from afar.

But 2I/Barisov is to come the nearest to earth on December 8. The distance is twice that of earth from the sun. Though the scientists know it entered our solar system from the direction of the constellation Cassiopeia, they do not know where it is coming. They found it is not any comet from our solar system as its orbit is hyperbolic, unlike the oval path of our star comets. But they know it has been traveling for millions or billions of years at a speed of 93,000 miles per hour, which is faster than any of our solar system comets.

McKay, a research scientist at NASA's Goddard Space Flight Center, says that other solar systems have different architecture, but they may have the same underlying physics and chemistry as ours. 21/Barisov has been observed more than 2000 times now, and with its closest on December 8 could throw some light on the other solar systems.