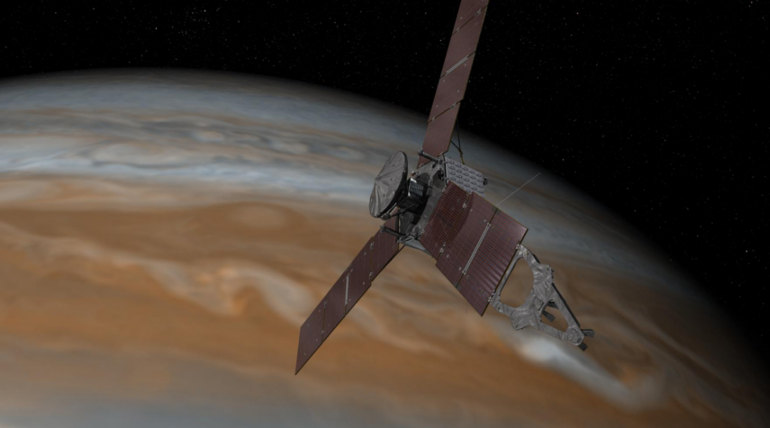 Jupiter's lightning is more like we see on Earth. NASA's spacecraft Juno has sent this report and tells a lot more about how the planet works. This information has given an unprecedented glimpse of the Universe and the associated planets. Another interesting fact is that Jupiter is more like Earth. A new paper was published recently in the Journal Nature Astronomy. The paper concludes that the previous findings of the magnetic field of Jupiter differ from the current findings.

This tells us that the magnetic field of the planet Jupiter is changing gradually so much that happens on the Earth. NASA confirms this information after comparing the data with the previous missions to the Mars which were Voyage and Pioneer. "Finding something as minute as these changes in something so immense as Jupiter's magnetic field was a challenge," Juno scientist Kimee Moore said in a statement. "Having a baseline of close-up observations over four decades long provided us with just enough data to confirm that Jupiter's magnetic field does indeed change over time."

Noticing the changes, scientists tell that finding the minute changes as the magnetic field is very challenging and this phenomenon is known as secular variation. This secular variation is very familiar with Earth. In our Earth, secular variation takes place deep below the surface and on the Jupiter, the heavy clouds which are below the cloud tops drive these changes. This serves as a landmark discovery for the scientists who wish to know more about the Earth's magnetic field. Juno team has ensured to track the future changes in Jupiter.