Spectacular Jupiter Cosmic Show Tonight - How to Watch it? 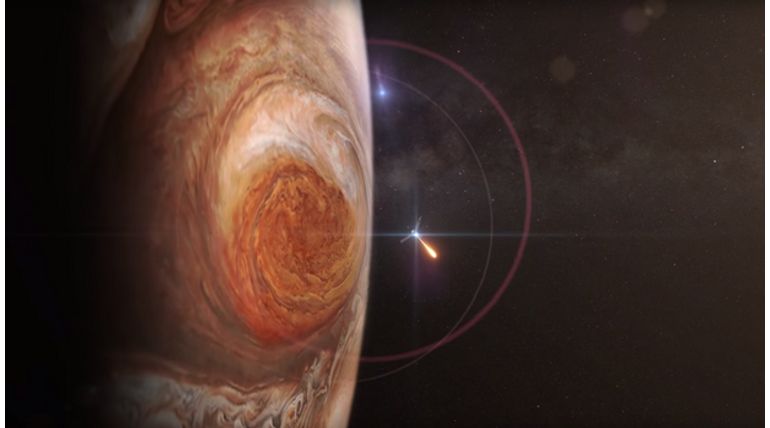 Jupiter Cosmic Show: There is a wonderful cosmic show tonight. We have Jupiter which will form a straight line standing between the sun-Earth and itself tonight. This amazing event happens once every 13 months. However, Jupiter will remain visible for the entire month surrounding opposition. Simple viewing tools like binocular I will show you the Jupiter as it will be at its closest proximity to earth during this event.

Jupiter will be in opposition tonight during the Jupiter Cosmic Show. This implies that earth will be directly in between the gas giants and the sun in the formation of a straight line.  This makes more of the viewing opportunity and even more when you have the right gear considering that Jupiter will be the closest to us tonight. Jupiter along with its four moons Io, Europa, Callisto, and Ganymede-at dusk in the northeast, where it will stay until the sun rises tomorrow morning.

The most expected Jupiter Cosmic Show will occur at 6 p.m. And Jupiter will be at its peak around 11:30 this evening.  As the event takes place once in every 13 months a miss would make us wait for your more for a chance to see the Jupiter very close. Still, the planet will be highly visible for most of the month in the surrounding opposition. Stargazing tips from NASA advice that Jupiter will be at its biggest and brightest this month rising at dusk and remaining visible all night.

It would be unlucky if cloudy skies obstruct the view, so checking local forecast can save us from disappointment. However, even if you miss the chance of seeing the Jupiter, you can still catch the images of the Jupiter that is captured by NASAâ€™s Juno spacecraft which is currently orbiting the planet. A very good telescope can help you watch the individual cloud and of Jupiter and the Great Red spot as well.

Spectacular Jupiter Cosmic Show Tonight - How to Watch it?