Kerala On High Alert After Noticed That Death Caused By Nipha 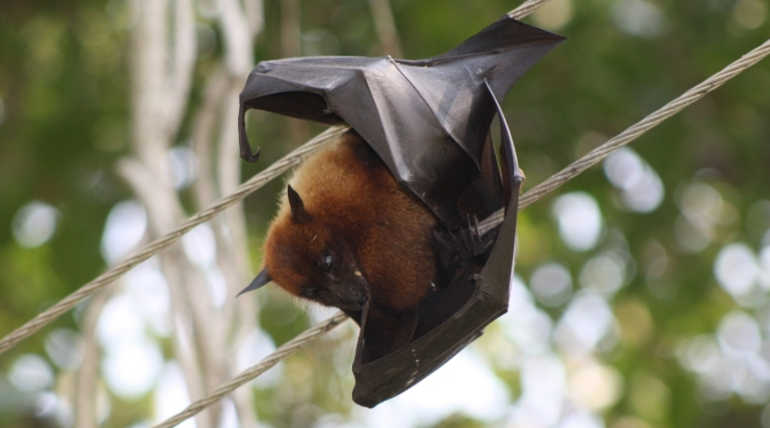 Kerala On High Alert After Noticed That Death Caused By Nipha. Representation of Indian flying Fox

It is officially confirmed that ten persons were get killed after infected by the strange and rare virus Nipha in Kerala, a south Indian state known for its rich environment of nature and coconut.

Nipah virus is one of the five type of genus Henipavirus, an RNA virus which transfers to humans from animals like fruit bats, the Indian flying foxes, that are known as the primary host of the Nipah virus. The Nipah virus is listed by World Health Organization in the top ten list of the terrible virus that could induce terrible consequences in its breaks down as it is known for its spreading ability. Now researchers fear that this unexpected breakout could make unpredictable consequences if failed to control and prevent the spreading in a country like India that is in a developing stage

According to the reports of Kerala Health department, ten were confirmed as dead due to the infection and another twenty-five have been admitted to the hospitals with the possible symptoms of the viral infection.

According to the reports of the respected daily, the first casualty has been reported from the Kozhikode district of Kerala one of the major trade city of the state that settled on the shore of the Arabian sea. The reports of the news dailies also confirmed, up to 60% of casualties have been reported down only from the Kozhikode district and a duty nurse who attended an infected person have also been said to be dead with the symptoms of Nipha.

The health secretary of the state had issued a statutory warning and told the reporters that the health department is crushingly working on the precaution protocols to prevent the spread of this disease.

This disease is first discovered in a suburban region of Australia where it left thirty horses and a trainer to death. From its first discovery in 1994 the virus had made many sudden outbreaks in various parts of the earth and caused the considerable quantity of death in both humans and animals. But animal death is known to be severely high rather than humans as animals have high possibilities of getting sick to the infection.

Previous studies advising that prevention of this disease is far better than treatments after the infection as scientists around the world are still engaged in finding a vaccine for this virus.

Some of the symptoms of this virus infection as listed in the medical journals are fever, severe headache, vomiting, nausea, stomach pain and some time blurred vision.

Prescribed better preventions are avoiding direct contact with infected animals like pigs and horses. Researchers also advising that direct contact with the infected people could also lead to the infection. Avoiding intaking raw palm sap directly from the palm tree as they may be supposed to fruit bat contaminations.

Kerala On High Alert After Noticed That Death Caused By Nipha