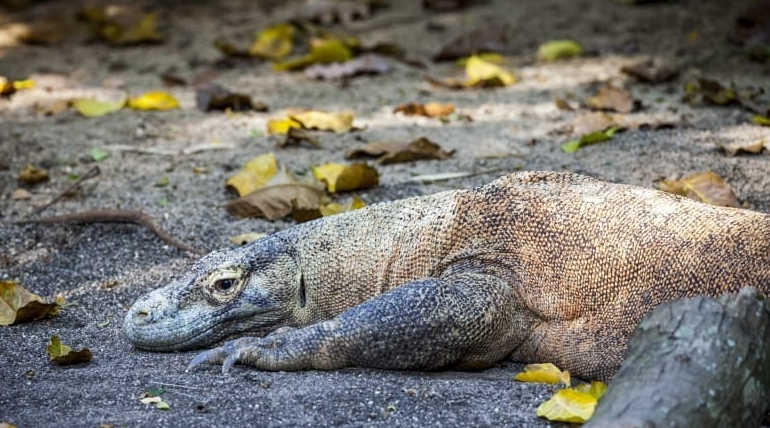 A group of international researchers has found that ancient meat-eating animals named 'Erythrosuchids' from the family of Komoda dragons were the largest and strongest creature on earth before dinosaurs. Vjushkovia Triplicostata was one among those breeds which are considered to be more powerful than any other animal. This research has been published in the Royal Society of Open Science by the lead author Dr. Richard Butler from Birmingham University.

According to the study, Erythrosuchids (commonly known as 'Red Crocodiles') was from the breed of Garjainia Prima had a shorter life span due to the largest ecological crisis named Permo-Triassic extinction. These animals were found in the regions of South Africa and Russia. Around 252 million years before, a huge volcano eruption occurred along with the parts of Siberia and annihilated those rare species.

Their hefty body structure, enormous teeth, and monumental heads have made them into a Dominant Predator on Earth. From the fossil remains of these reptiles, researchers concluded that the vast body size and colossal muscle structure are the primary reasons to capture their prey without any complication. Their mammoth head area was relatively larger when compared to other groups of archosauromorphs. It has a massive length of 3 meters and falls into the hyper carnivorous food chain.

The crew was into deep research about this unevenly sized creature and analyzing various factors such as adaptations, climatic change, and other external elements. They also possess sharp claws, knife-like jaw pattern, and immense bone formation. As per the study, the erythrosuchids have lived before the session of dinosaurs, and both are from different time periods, the senior researcher Dr. Butler revealed during the interaction. They also believed that this information would be useful in digging many unwrapped ancient mysteries in the future.