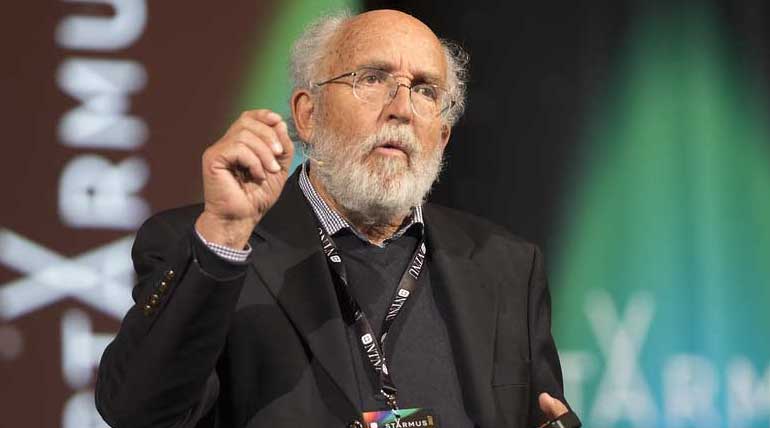 Since even the closest world to earth is a few dozen light-years away and will take hundreds of millions of days to reach there with the means available now. He also stressed mother earth is still much beauty, and taking care of it should be the priority.

He is a professor at the University of Genevaâ€™s Department of Astronomy. In 1995, Mayor and his co-recipient and student Queloz discovered the first extrasolar planet called 51 Pegasi. Only after its confirmation more than such 4,000 planets were found in the Milky Way galaxy.

Speaking at Madrid, Spain, after the noble prize ceremony, Mayor gave a splendid scientific answer to question â€“ whether there is life in other exoplanets. He said it is first necessary to develop techniques that allow detecting life at a distance. He also stressed the need to take care of the earth and no to confuse with crazy fantasies of living in other planets.

Astrophysicists worldwide concur with Mayor. Stephen Kane, California University professor, agrees with the Mayor. He said even reaching the moon is a long struggle now. And with the other stars in infinity, he said even reaching Mars will take another 50 years and for Jupiter many centuries.

Andrew Fraknoi, emeritus chair at California Foothill College, also agreed there is no possibility of going to live in other planets shortly. Migration to other planets has been the fantasy of humans for long. NASA, with many such attempts, has fuelled this Hollywood dream among humans.

But the words from Mayor could be disappointing to them. But if these words were coming out of a new scientist, it would have no such effect. But arising from a renowned noble prize-winning 77 years old Mayor who also discovered the first exoplanet, it is sure a debate for scientists worldwide.