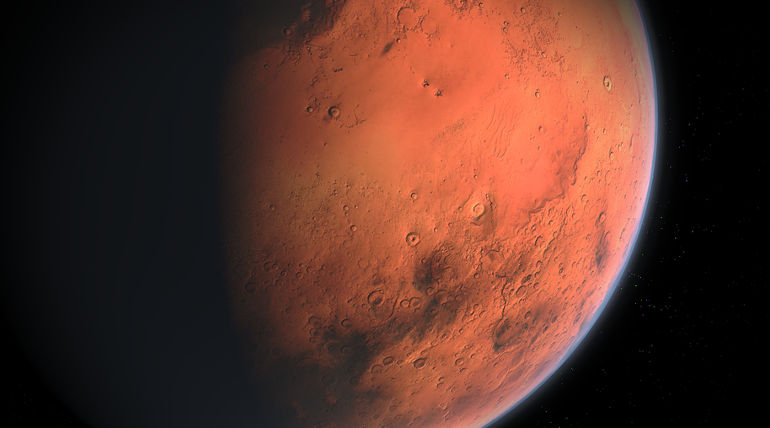 Dorset in the UK has highly acidic sulphur streams in which bacteria can exist amidst the extreme acidic parameters. Dorset like setup is available in St.Oswald's Bay which is believed to have the same environment as that in Mars a billion years ago. The organic matter available in rock deposits of the Bay is analysed to come to a conclusion about life on Mars.

Fatty acids are mandatory for the generation of a biological cell. Citing the existence of fatty acids in the Dorset's acidic streams in the UK, scientists believe that life would have existed on the red planet Mars. According to the research scientists from Imperial College of London, there might be 2.86 x 10^10 kg of fatty acids that is equivalent to 12000 Olympic sized pools of organic matter on Mars which is 54.6 million km from Earth.

Anyhow, the evidence of the life billions of years ago in Mars is yet to be found. Mostly, bacteria could not only survive in the extreme conditions in Mars, say scientists.

Mark Sephton, the Head of Imperial's Department of Earth Science & Engineering also said that the remains of the once existed living things in water would deposit in the rocks of Mars. It is also found that the goethite (iron-rich mineral) in the Bay had plenty of microbes and traces of organic matter and it is to be noted that goethite will transform to haematite that is responsible for the red colour of Mars.

With all these, the scientists predicted that when acid streams dry, goethite minerals were left and the fatty acids are available in the minerals. The findings from Uthe K would be confirmed by Mars 2020 rover by looking for fatty acids traces and dried up acid streams.