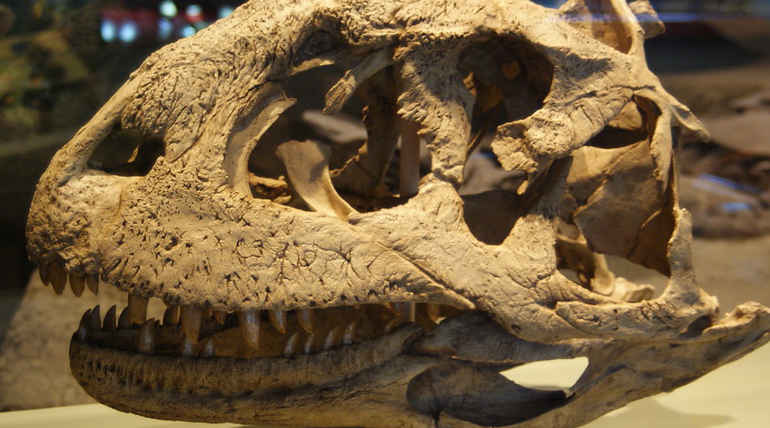 Predatory dinosaur, the carnivores (flesh-eating animals) that were lived in Madagascar 70 million years ago, was overusing the teeth to the extent where the teeth must be replaced every two months. This frequency of replacement showed that the Majungasaurus species was so rough and tough on its teeth in piercing the flesh of the prey. The replacement was too fast of about 2 to 13 times faster than other meat-eating similar species, according to the researchers. "As they are gnawing on their bones much the wearing of teeth is high," said Michael D'Emic, Study author and assistant professor of biology at Adelphi University in New York.

Also, Michael informed that there is evidence available in the form of scratches and gouges that match the size of its teeth with the preysâ€™ bones. In the food chain, Majungasaurus tops the chain. It is 21 feet long, and its sharp teeth could slice like knives; cut and pierce the flesh of its prey.

A short snout and a horn were jutting up from the top of its head. The replacement of teeth was found in shark, which was quick and in some herbivore dinosaur. The teeth of Majungasaurus were not so performing when it encounters bones but has to be dependent on it as the required nutrients are served through bones for the species. But the rate of tooth growth was so rapid, Michael highlighted.

Researchers analyzed growth rings on the teeth, which resembled rings of a tree. Rings record a single day. Alongside this, an analysis was done on computerized tomography on its jaws to look at how teeth grow inside. The combined data gives an idea of how quickly the dinosaurs could replace their teeth. This time-consuming tooth analysis happens with only a few species, and these projects spur a lot of insights, and more people will come forward to study similar things. The inference could help us to understand how dinosaurs evolved and inhabited for a long time.