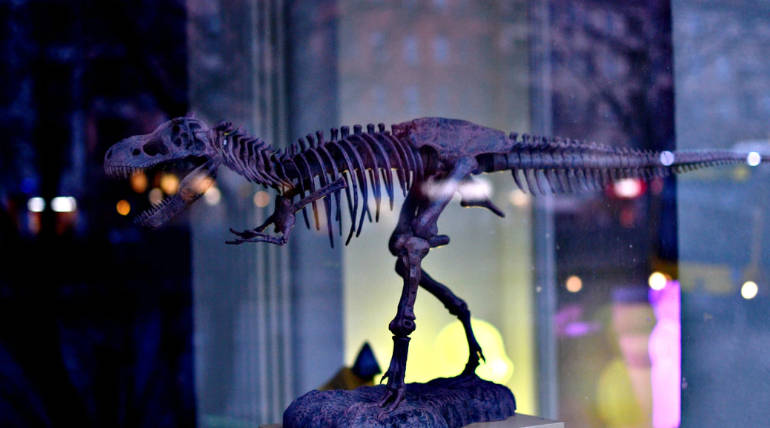 Dinosaurs extinction befalls before the asteroid masterstroke: How this giant species Dinosaurs perished, with so many creatures on the planet, remains a mystery. Some have claimed that they were hunted down and killed and that the species was extinct in the fury of the volcano. Excavations carried out in various countries have uncovered the bones and eggs of the giant animal, the dinosaur. Various scholars have confirmed that the dinosaur species had been extinct 66 million years ago.

An asteroid's masterstroke in the earth's atmosphere destroyed nearly 15 km surroundings of Mexico before millions of years, transforming the earth's ecosystem darkening the life. Many scientists say that the sudden change caused Dinosaurs to run out of light, causing them to become completely extinct.

On the other hand, a recent study published in Nature Communications traces the huge volcanic eruptions across the Deccan Traps, which spat toxic materials like mercury in high levels into the atmosphere poisoning the ecosystem of organisms living in the earth's planet.

To scale up the mystery behind the eruption in the Yucatan Peninsula of Mexico, researchers examined the fossils of mollusks shells from various parts of the earth. Comparisons were made between the Late Cretaceous Period and the Pleistocene Period to analyze the levels of mercury and carbon dioxide from a polluted mercury site. Insights were recorded from the mollusk's shells calculating the water quality and temperature levels of those periods.

Researchers of the recent study stated that before 250 thousand years of dinosaur abolition, the temperature increased with elevated mercury levels, thus resulting in the same temperature and mercury insights obtained from the polluted mercury site, which eradicated a wide variety of plants and animal species.

Kyle Meyer from the University of Michigan stated in the Scient Alert, "For the first time, we can provide insights into the distinct climatic and environmental impacts of Deccan Traps volcanism by analyzing a single material."

The ultimate result depicts that Dinosaurs may have poisoned due to the high levels of mercury and temperature in the volcanic eruption degrading more flora and fauna in the environment. The scientists also unveiled that dinosaur extinction sprang before the asteroid masterstroke in the earth's atmosphere due to the volcanic burst in the traps.