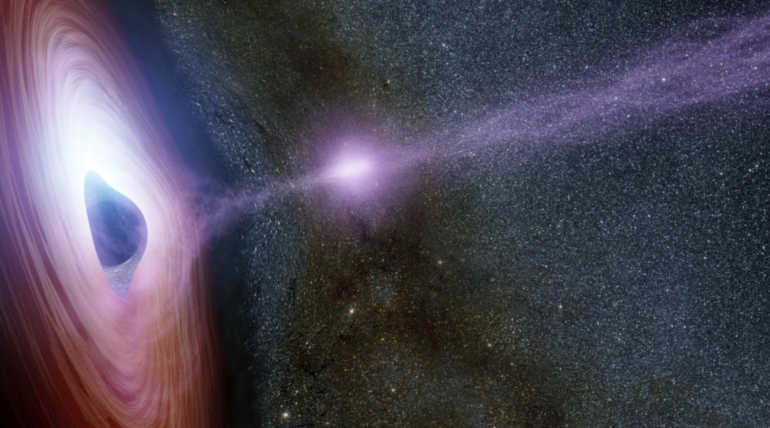 Monster That Gobbling the Sun Like Star At The Far Distance From Our Milky way. Representation Image.

According to space scientists, Black Holes are considered to be the Monster of the space. But this time scientists have found a monster of all monsters. They said that they have found a black hole that is bigger than our Milkyway. When compared with our sun the black hole is consideringly in the size of 20 billion suns.

Scientists from the ANU research school of Astronomy and Astrophysics have found a large black hole formally known as quasar at the distance of 12 billion light years. This black hole is said to be rapidly growing by gobbling the sun-like stars. Thay said they have found that object with the help of Skymapper telescope and the research team has also calculated the distance between that quasar and our Earth using the ESA's Gaia satellite data set.

the research claims that this black hole has an unbelievable tendency to pull a sun-like star for every two days to gobble it in with its gravity. Hence the scientists in the research team believe that this may be the prominent reason for its growth, size and enormous brightness.

The team's lead scientist Dr. Christian Wolf said that this type of black holes are very hard to find and the team had spent months to find a black hole like this one. He continued that they have no idea how this one grew this much large and brighter and now this large black hole had put every previous answers about the black holes again into a big question mark.

Dr, Wolf also said that this black hole will make earth a worst place for life if it reaches the center of our galaxy because of the high-level emission of X-ray from the center of the black hole.

Wolf said that he and his team members have engaged in searching for another black hole like this at the far distance as that searching will keep them updated about the mysterious object of the space every day.

According to Wolf even though this black hole pushes their brains into a boggling state he believes that this black hole could shed lights over the Big Bang theory and the formation of elements.