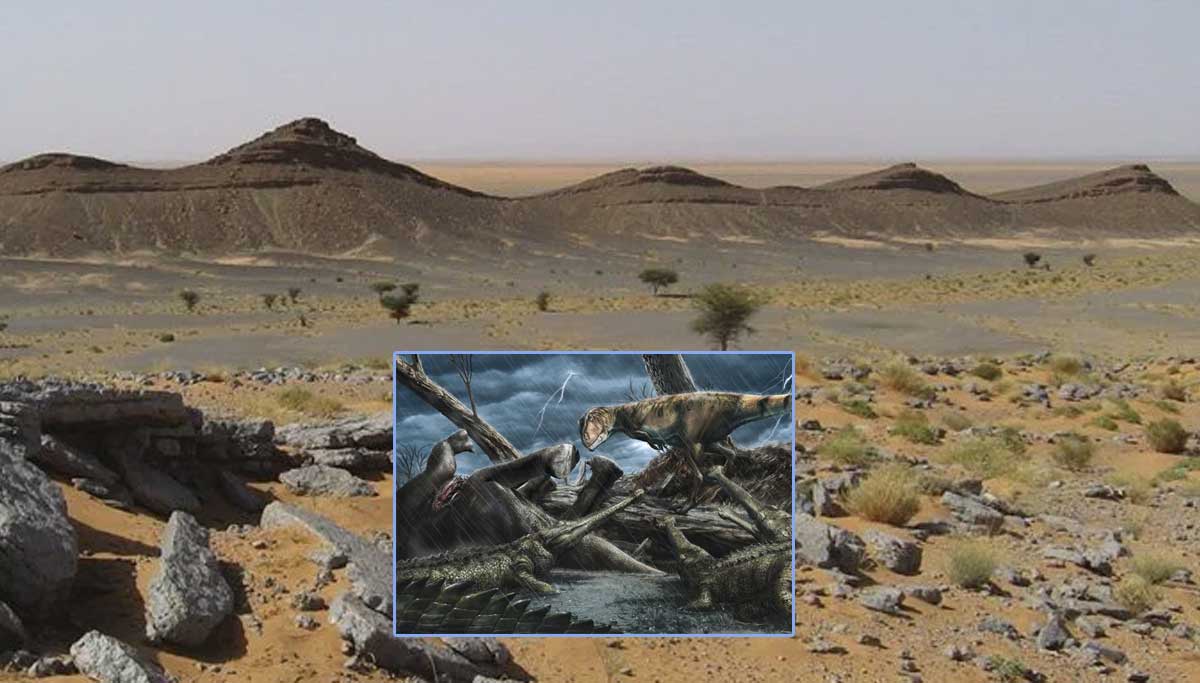 Imagine a place filled with twelve meters long Carcharodontosaurus with massive jaws that have eight inches long serrated teeth, flying reptiles, and eight-meter long Deltadromeus and many others fighting against each other. It is what happened in the western part of the Sahara desert in Morocco 100 million years ago.

It is now confirmed by researchers in the study published in The ZooKeys journal on April 21. Now it is sure that it is the most dangerous place on mother earth recorded in history so far. And the researchers confirm that there are more dangerous species to be unearthed from there.

None will believe the dry land now on the western Sahara in Morocco was once with an extensive river system with various aquatic species and many terrestrial animals. And the animals were the rare and dangerous animals on earth.

For more than 25 years from 1995, the mystery of this Morocco desert land known as the Kem Kem region started to get unearthed by researchers worldwide. In one of the most significant reviews fossils in hundred years, three of the mammoth predatory dinosaurs were found to have lived here a hundred million years ago.

Dr. Nizam Ibrahim is the lead author of the published paleontology and geology monograph. He said that the place is the most dangerous on earth, and no human time traveler could last long in such a situation. He also said that there is no record to prove the existence of any such modern terrestrial ecosystem that is similar to this one.

The researchers from the University of Detroit Mercy with support of scholars from the US, Europe, and Morocco unearthed these three dinosaurs. They say that there are many more such species yet to be discovered. They also confirm that it opens up a new golden age of many such discoveries in the future.