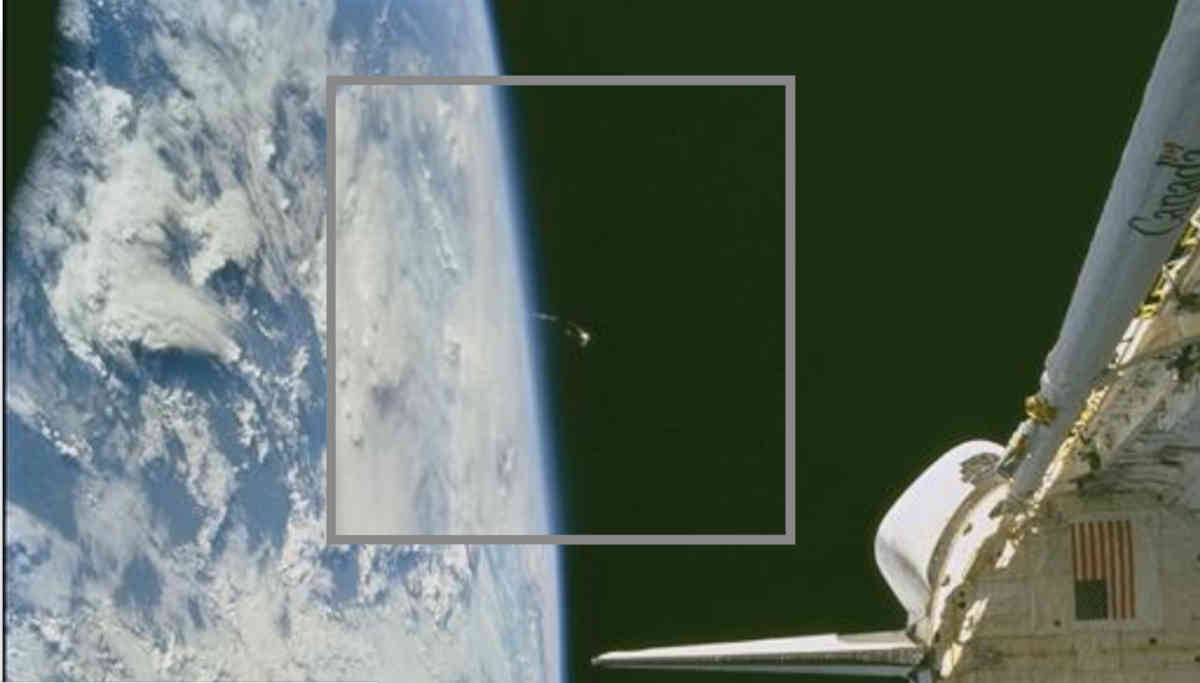 UFO in the Photo Belongs to NASA / Image Courtesy- JSC/NASA

NASA archive photo supports conspiracist belief Black Knight satellite passing ISS: A video uploaded on YouTube, by a conspiracist, of a NASA image taken from the ISS camera is creating a stir among space lovers. It shows an object shooting past the ISS or the international space station. Many express their opinion that it could be a UFO or unidentified flying object or a Black Night Satellite.

Scott C Waring is a YouTube conspiracist who uploaded the controversial video last week. He captioned it for many to get interested in the video, saying that it is a UFO found from coming behind the earth and shooting past the ISS.

Conspiracy channel UFOmania commented on the video, saying that it might not be a UFO but could be one of the famous Black Knight satellites. It further states that these satellite objects are black and non-reflective. They cannot be destroyed but will attack if provoked.

For the past few days, this black knight satellite conspiracy theory is going rounds again. It even claims that a special spacecraft is orbiting planet earth, and it is of extraterrestrial origin. They also claim that NASA is engaged in covering up its existence and origin.

Jerry Ross, an astronaut, confirmed that the image was taken at the time of constructing the ISS. And he said NASA has cataloged the image and gave it object number 025570   as that of a photo of space debris. During extravehicular activities, one of the covers came loose from its tether to cause it to float away. After a few days, the said object fell from its orbit and burned up.

More than 4,000 people have watched the said video on YouTube and many commenting on it. For internet notoriety, many people do many things, and it could be one such alien story again.