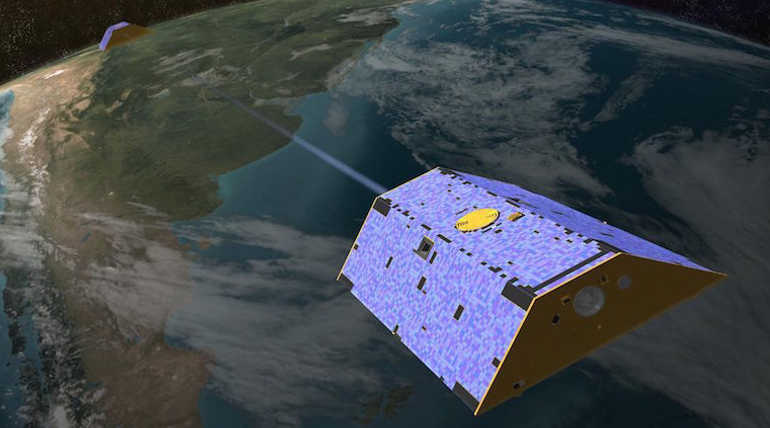 NASA decided to launch up twin satellites to record the changes in the water cycle and earth's ice caps. The NASA named those satellites as GRACE-FO as the satellites are likely to continue the previous version GRACE satellites.

The GRACE-FO Gravity Recovery And Climate Experiment Follow-On satellites are planned to throw up in the orbit within the end of this may. The previous GRACE twin satellites that made in the joint work of NASA and German Research Centre for Geoscience had delivered numerous insights about the water flow on and under the planet for the past 15 years. Now the GRACE-Fo is going to replace it with new technology.

The director of the NASA's jet propulsion laboratory Michael Watkins said that the GRACE-Fo satellites will also probe the glacier retreats and influence of earthquakes on the earth crust by flying in the orbit simultaneously but at the distance of 137 miles between them.

According to the NASA, the GRACE-Fo will be considered as the follow-up missions of the Joint Polar Satellite System-1 that made into the orbit last year for probing the ozone hole and the Arctic ice caps.

Michael Watkins said that this mission will be helpful in understanding the earth in a better way by understanding its changes.The twin satellites have already made into the launch site of California.

According to some reports, the satellites are claimed to hold equipment that has the ability to sense even a small movement.

This mission is the first climate mission of NASA after Jim Bridenstine vowed as the administrator of the space agency.