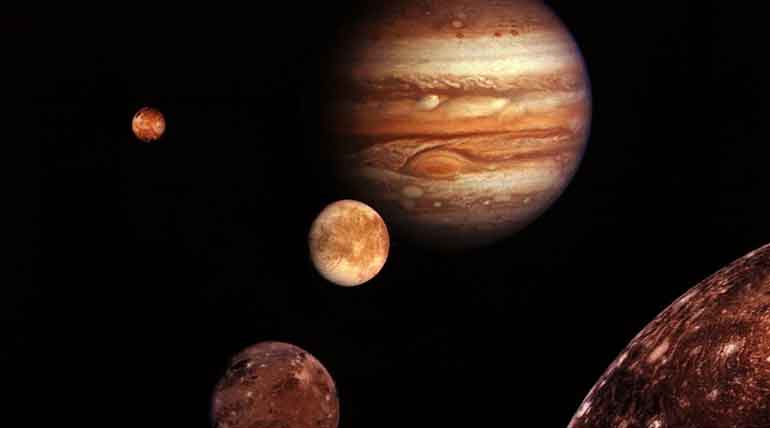 In 1610, Galileo discovered four largest moons around the Solar System's largest planet, Jupiter. Now, the count has touched 79 after the discovery of a dozen moons and it may raise in the future. Scientists reasoned that these small moons orbiting Jupiter were usually hard to detect in the bright light space around Jupiter using the yesteryear technology and there would be always a doubt that whether the orbiting one is moon or asteroid. But now, this is not the case.

Following this giant gas planet, Saturn's moon count is 61. Uranus and Neptune are in the row with 27 and 14 moons respectively, according to the current space information. Last year, in the quest for search of new planet in distant solar system, astronomers came to know the new moons orbiting Jupiter and it took about a year's time to confirm the same using large telescopes in Chile, Hawaii and Arizona by fixing bigger cameras that maximise the space view around Jupiter 10 times larger, according to the sources from Washington's Carnegie Institute for Science.

Oddball is the name of one of the new moons owing to its tiny size and its orbit crosses paths of a group of moons that spin in retrograde motion opposite to the planet's rotation and one among this group is named as Valetudo in par with the Roman God Jupiter's granddaughter and it is at a very far distance from the planet. Regarding the origin of moons, scientists hope that these would have formed after the planet's formation as remains and they also believe that Jupiter must have attracted all the solids around it by acting as a vacuum.