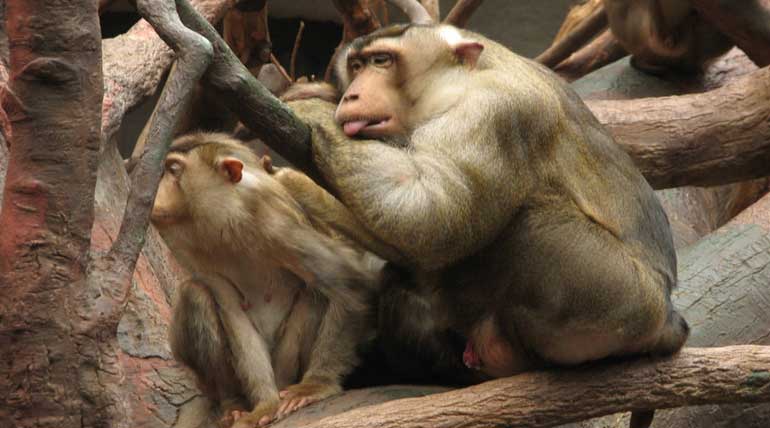 The study observed that Macaques eat more than 12 tons of fruits per year from palm fields, which affects only 0.56% of total palm oil production. On further research on the appetite of Macaques,â€ I was stunned when I first observed that macaques feed on rats in crop plantations too,â€ said Ruppert, Zoology lecturer at the University of Sains Malaysia. She added that Rats are responsible for the loss of merely 10% of total palm oil production in Malaysia every year compared to Macaques.

Ruppert stuns and tells that Macaques are frugivorous primates eating birds and lizards occasionally. Still, our study proves Macaquesâ€™ role in maintaining the eco-system by feeding on rats in Palm plantations; This means the Pig-tailed Macaque groups consume more than 3000 rats in a year.

Ruppert and her team report that regular visits of pig-tailed macaques in Malaysiaâ€™s oil palm plantations could reduce crop damage from 10% to less than 3 % in a year.