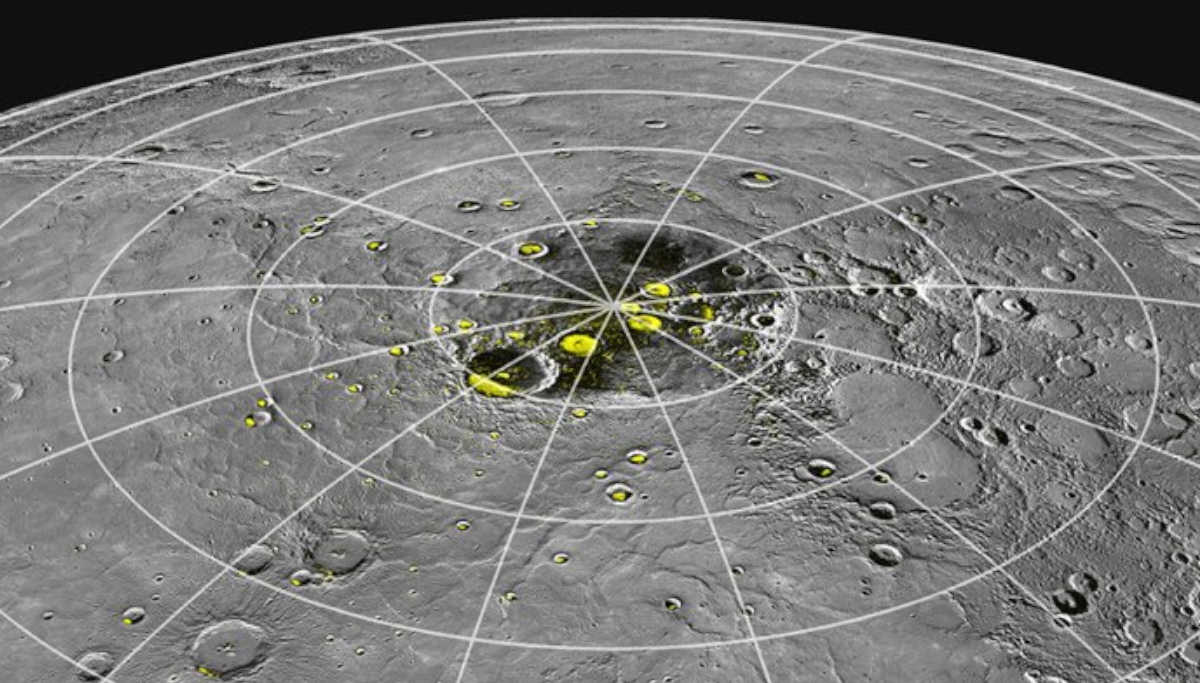 Ice on the Poles of Planet Mercury

Mercury has a reputation that it is the closest planet to the sun. With this identity, it is known to all. During day time, the temperature would reach 430-degree celsius and plummet to -290 degrees celsius at night. There are placed in mercury where there is no sign of sunshine.

At its poles, the planet is permanently shadowed region and will be in the state of eternal darkness. Earth's ground-based radar observations of mercury confirm the abnormalities as deposits of water ice, forever frozen in unshifting shadow, and the same is confirmed by Nasa's Messenger Space Craft.

Though it sounds ironic where the hottest planet has ice on craters, it is true, and the reason behind is the asteroids, comets, and meteorites can deliver ice when it crashes and deposits on the dark surface of the planets and never gets a chance to thaw.

But a new study states it is because the planet ends up having extreme punishing heat; some of the ice is produced. It sounds very strange, but it is not out of the field idea, according to scientists from Georgia. In a new paper, the researchers explore how this could take place on mercury in a continuous water formation process that relies on surface soil by the process called recombinative desorption.

The soil minerals contain metal oxides on bombarding with proton particles in the solar wind form bound hydroxyls, molecular hydrogen, and water. If any molecules drift into mercury's Perma shadows, they will freeze there and never see the day. The ice on the planet comprises ice produced by itself in addition to asteroids comets and others. The total amount of ice in 3 million years would be 100 crore tons.

The same study can be replicated in other planets also to find the water environment in the solar system.