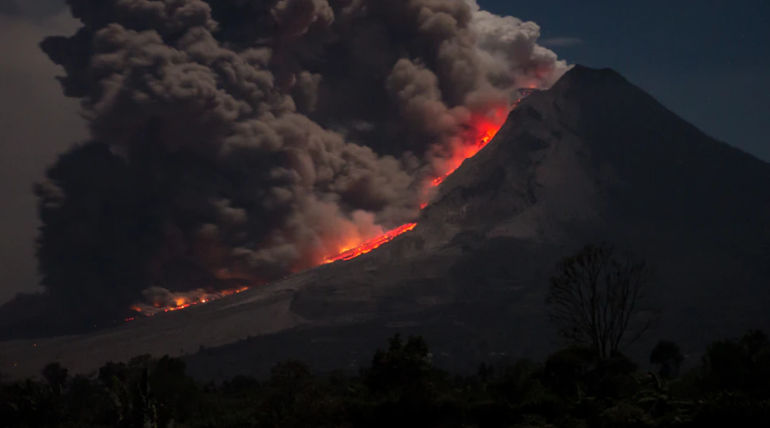 Late-night humming sounds may be due to the formation of volcanoes: Many have experiences of hearing rumbles during the stillness of the night and get paranoid with it. Some are scared that they are losing their minds, and others even feel like enlightened ones or the superhero who can hear what others cannot understand. But a new study published in the Nature Geoscience journal confirms it to be due to the forming of volcanoes under the sea, rarely.

Simone Cesca is the co-author of the published study and a German Seismologist of the GFZ German Research Center for Geosciences. He led the German scientific team that solved the long mystery of the strange seismic humming which people from many parts of the world were experiencing for a long time.

Though there were unexplained low-frequency rumbles around the world recorded from the 1970s, no theories so far presented for the causes, but some myriad theories were doing the rounds and also in many movies. But Simone Cesca led team found it to be due to the massive underwater volcano formed off the coast of Madagascar.

During the start of spring in 2018, there were many earthquakes reported off the coast of Mayotte. It is a minuscule island in between Madagascar and Mozambique in the French territory. It was due to the massive pocket of molten magma measuring 16 to 19 miles deep that is draining to come to the seafloor of the Indian Ocean. This draining process also causes a ginormous undersea volcano that is spanning three miles in diameter and rises to a height of almost 2,500 feet.

These underwater volcanoes cause the faint seismic humming sound that was first heard on November 11, 2018. These sonic waves traverse from Kenya to Canada and Chile to the Hawaiian Islands. The sound grows louder and even lasts nearly 30 minutes at a time. The primary host rock by emitting seismic signals for 407 long periods causes universal resonance.

Cesca says that this episode is a rarest of rare case, and the magma causing volcano is unique. And whenever the huge rock sags in the deep sea chamber, it creates a resonance and makes strange signals to be even seen far away.

So next time, if you hear the rumbling, do not panic as it is only Mother earthâ€™s grumbling due to the formation of volcanoes.