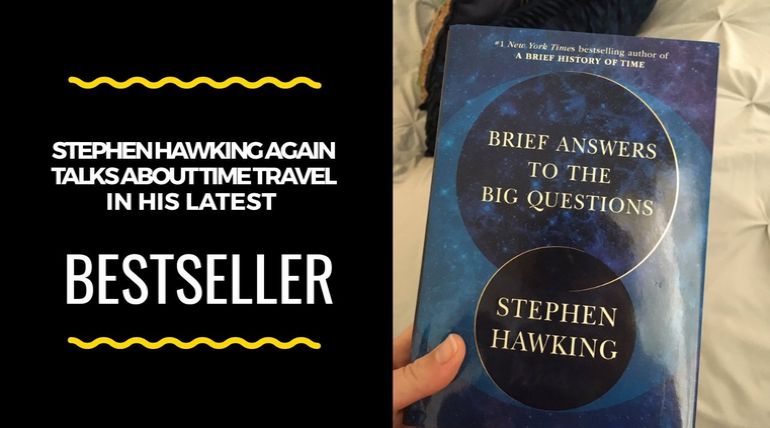 "If one made a research grant application to work on time travel it would be dismissed immediately."

Stephen Hawking stated these words in His bestseller book "Brief Answers to the Big Questions", which was completed and published on 16th October 2018 by John Murray, eight months after Hawking's death at the age 76.

Time travel may become a reality one day, according to this claim made by him. But in today's scenario, is it okay to believe that? Will we ever have the technology to travel forward or backward in time?

Stephen gives shocking answers to these questions. Reading the book can answer many such questions to the reader.

His earlier book "Brief History Of Time", talks about the impossible theories of past and present of our entire universe into a relatively slim volume. Nobody has expected a book about the unimaginable details of how time and space were formed would ever sell. The book explained where the universe came from and where it was headed, and the incredible intricate and complex events that happen in between. Now it is considered one of the most important and widely-read texts published in the 20th century.