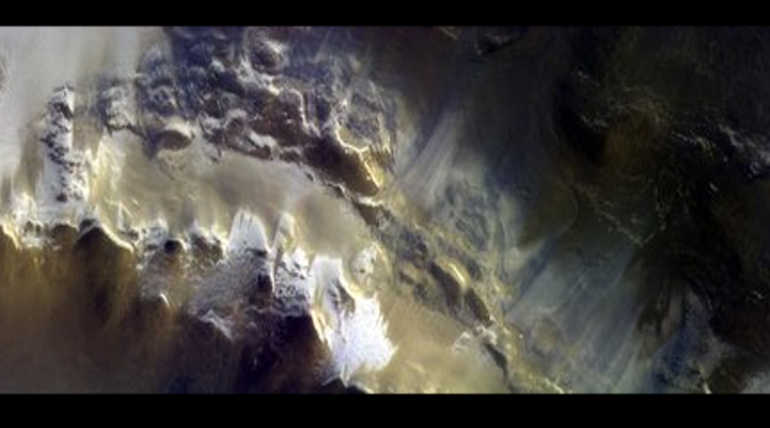 Three renowned space agencies across the globe working constantly on a single goal for more than a decade. The agencies are European Space Agency, NASA and Russia's Federal Space Agency, Roscosmos and the only goal is finding a single large trace of life on the red planet.

The ESA, NASA and the Roscosmos had jointly worked on the project TGO (Trace Gas Orbiter) of finding extra large methane traces on Mars by directing the CaSSIS system again on April 28. The CaSSIS that was activated back on March 20, 2018, had sent some astonishing image of Mars surface on April 28. Scientists of the space agency are considering that the image will serve as the stepping stone to find the existence of life on Mars.

The TGO is Mars orbiter, as apart of ExoMars project the TGO was directed to Mars back in 2016 for exploring biological activities on the red planet. After a successful orbiting of thousands of loops around the planet, the orbiter reminded its senders with an amazing image. The TGO was attached with the CaSSIS(Color and Stereo Surface Imaging System) while launching from the earth and after resolving some minor issues the system seems working again.

TGO is the heaviest orbiter ever sent to Mars and it is one of the milestones in the history of ESA said the master brain of TGO Pia Mitschdoefer. Now the space agency is expecting some more images from the orbiter to decrypt the Mars secret on life existence.

TGO is an outcome result of extraordinary findings that done by ESA's Mars Express orbiter in 2004 and Curiosity rover of NASA in 2014. The finding was a small amount of Methane gas but the small amount lead the space agencies to a great leap today.

Scientists of the space agency concluding that the Methane is common in Earth as it is already known that it homes life but methane is fairly uncommon in mars like planet as there is no such data of finding that it ever supported any life. Methane is a gas that forms out from fossils. Sometimes methane may form by some artificial activities like farming, landfills etc... as they ware organic.

Hence the searching of methane plays a prominent role in finding the life. This TGO is attached with spectrometers to observe the reflection of sunlight when they fall over the atmosphere of Mars as the property of reflection will help scientists to find the composition of chemicals.