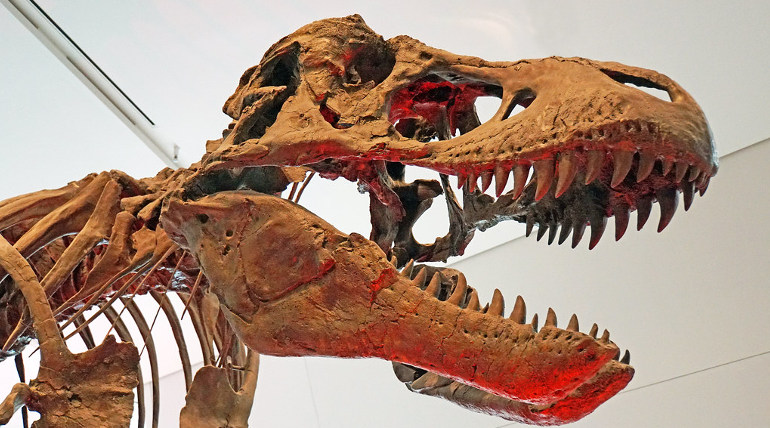 In a report published in Nature Ecology and Evolution, a new relative of Tyrannosaurus rex has come into the lens of discovery. They are small than the big dinosaur as you see in Jurassic Park. In most of the books and films, these are the ones shown with extreme cruelty. This new one's name is Suskityrannus hazelae. It is just 0.9 meters tall and 2.7 meters in length. It would have weighed 45 to 90 pounds whereas a fully grown Tyrannosaurus Rex is 9000 kilograms.

It is a meat-eating animal. However, the actual hunting habit of this new species is unknown. The fossils of this dinosaur date back to 92 million years which is the Cretaceous Period. The dinosaur was at least three years old at death based on an analysis of its growth from its bones. It was a time when some of the largest dinosaurs were ever found to be lived. This kind of Dinosaurs has a very sleek skull and foot than its larger cousins. This new species would have also had links with dinosaurs that belong to North America and China.

Most of the scientists who work on this are professors and scientists in and around the USA. These investigations were lead by other findings. Two skeletons were found in 1997 by Robert Denton. However, it was a partial one. The second one was more complete and was found and built by Nesbitt, was a high school junior then. After the fossils were uncovered the team did not know what they had.