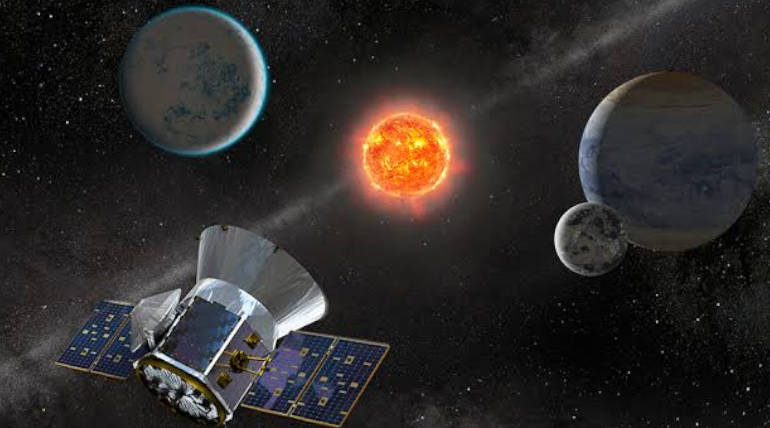 The discovery was made by Wolf Cukier, a student at Scarsdale High School in New York, while he was a summer intern at NASA. Cukier commented in a statement saying, "About three days into my internship, I saw a signal from a system called TOI 1338. At first, I thought it was a stellar eclipse, but the timing was wrong. It turned out to be a planet."

The planet was discovered with a little ease as the planet transits among the larger of two stars, which is around 10% massive than the sun, but the planet which is 30% larger than the sun has a faint light making it tough to transit.

There is not just one, but two discoveries by TESS.

The TESS satellite has also detected its first Earth-scale planet within the habitable zone of its star. NASA calls it the TOI-700d. This planet revolves around a dwarf star of about 40% the size of the sun, every 37 days. TOI 700d shares the system with two other planets, but they cannot host life as their orbits are too close and short. This planet lies just 101.5 light-years from Earth, making it easy to study.

Paul Hertz, astrophysics, said "TESS was designed and launched specifically to find Earth-sized planets orbiting nearby stars, Planets around nearby stars are easiest to follow up with larger telescopes in space and on Earth. Discovering TOI 700 d is a key science finding for TESS".

The star TOI 700 had three planets revolving it. The innermost world, TOI 700 b, is almost Earth-sized and completes one orbit every 10 Earth days. The planet located in the center, TOI 700 c, is 2.6 times bigger than our planet and rotates around TOI 700 every 16 days. TOI 700 d, the outermost known planet in the system, is the really intriguing one. Itâ€™s just 20% larger than Earth and completes one orbit every 37 days. It also receives 86% stellar energy that Earth gets from the sun, making it habitable.

These discovered were submitted during the 235th meeting of the American Astronomical Society (AAS).