The Great Red Spot of Jupiter is Not Dying 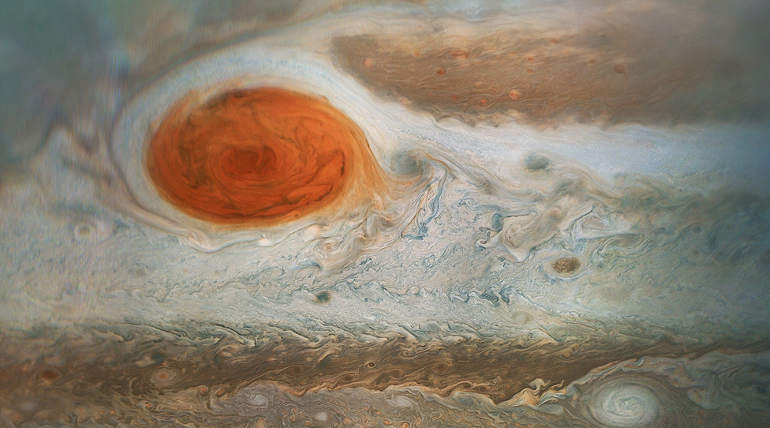 The Great Read Spot of Jupiter is Not Dying

Back in 2018, a group of researchers from NASA's Jet Propulsion Laboratory, California, said that Jupiter's crown jewel, the Great Red Spot, is disappearing. And, they also concluded the red storm of Jupiter would completely disappear in the next 20 years. Now another researcher from Berkeley says that Red Spot is not going to cool down any soon.

The new research claims that the storm is getting active every minute. Philip Marcus is a professor at the University of California, Berkeley, in the field of fluid dynamics. The professor stated his findings at the recently held conference over the fluid dynamics by the American Physical Society on November 25, 2019.

While indicating the previous studies done on the GRS, Marcus said that many amateur and professional astronomers photographed the monster storm. A few months back, some astronomers spotted blade or flake like objects flying out of the storm. Those findings led us to consider the GRS is shrinking. The actual reason behind that flakes was the collision of smaller winds with the GRS.

The professor said that the reports on the death of the storm were greatly exaggerated. The storm will stand for centuries unless any cataclysmic event on the planet.

The Great Red Spot of Jupiter is Not Dying