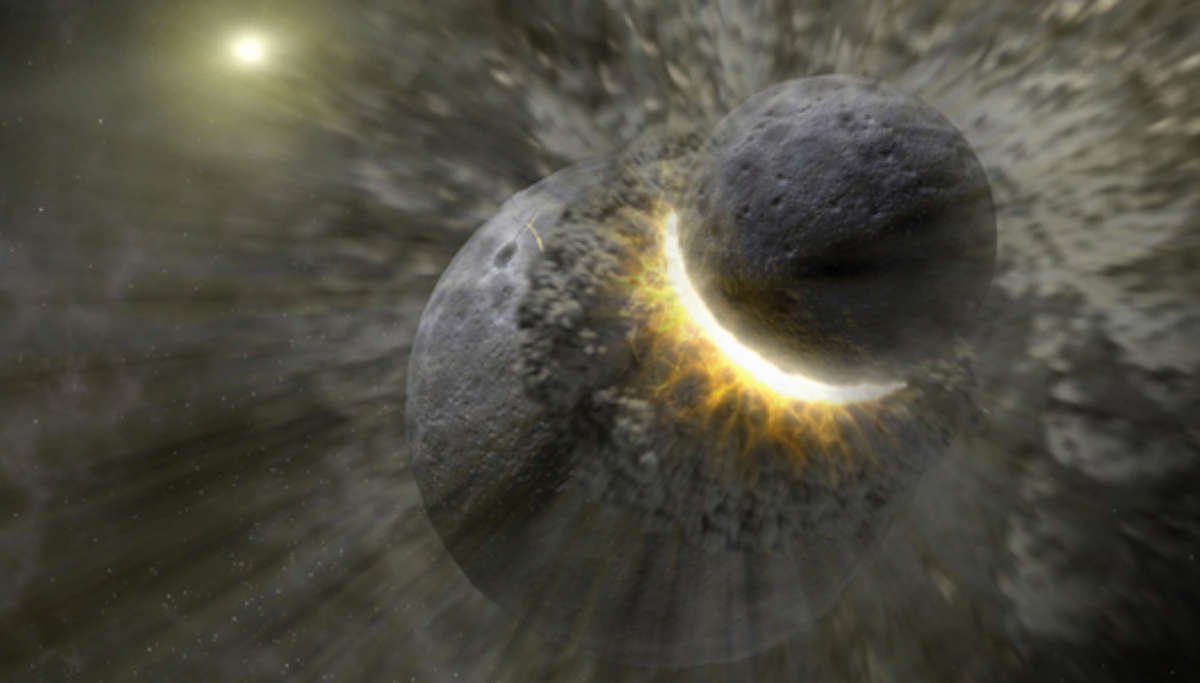 Moon and Earth aren't made of the same material: A new study by the scientists from the University of New Mexico discovered traces of Theia planet within the Moon. The deeper inside the moon rock pattern, there were more substantial oxygen isotopes in comparison with that of the Earth's isotopes.

The study published in the Nature Geoscience journal seems to fix the last puzzle of the "Giant Impact Hypothesis" for the formation of the Earth and Moon, and that both are not of the same material.

Zachary sharp is a scientist at the University of New Mexico and one of the authors of the study. He said in a statement about the results from the isotopic reanalysis of the samples obtained from the Apollo missions. He confirms that Moon must have an origin more from the sun than that of the Earth. It is also because Theia's unique oxygen isotope composition was not wholly lost due to the homogenization of the giant impact hypothesis.

The formation of Earth and Moon by the giant impact hypothesis is believed to have happened some 4.5 billion years ago. Theia was an ancient planet with the same dimensions of the Mars planet that is said to have collided with the Earth. This colossal collision has resulted in the object getting fused with Earth and primed it forever. But a big chunk broke away to grow as Moon is the giant impact hypothesis or the big splash for the formation of Moon.

There were many studies in the past to prove that Earth and the Moon had the same material. But with this new study confirming the major of the Theia deep down the Moon, the last puzzle of the big splash or giant impact hypothesis is now solved and confirming that the earth and moon are not of the same material.