There Are lot Of UUVs But Not Like This One 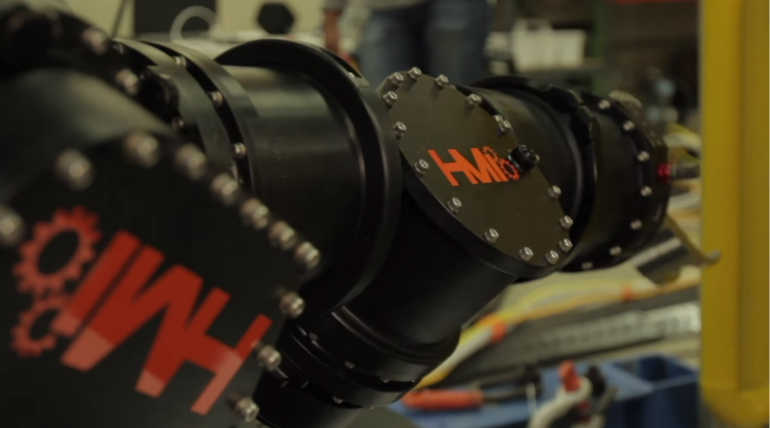 There Are lot Of UUVs But Not Like This One. Image credit:Houston Machatronics

Former NASA robotic engineers have announced that they have engaged in building an Unmanned Underwater Vehicle that possesses the ability to transform itself in accordance with its job.

A small team lead robotic company Houston Mechatronics that holds some important ex-robotic geeks of NASA is preparing an underwater vehicle called Aquanaut for underwater jobs of oil rig companies and defense department. The Aquanaut is expected to perform two type of jobs under the water in two type of different type of modes.

The Aquanaut, the UUV that weighs nearly 1,050 kgs is likely to take small submarine-like shape for the underwater travel and another crab-like shape with two unfolded arms that obeys the order of its remote operator for underwater works like the excavation.

According to the statement of the company's spokesperson, the Aquanaut will come to life with battery power and it has some of its own commands like repairing its own motors and parts that subjected to damage during the underwater mission. The spokesperson of the Houston Mechatronics said that the UUV is planned to take out for a tank test in coming months and this will be unveiled for direct missions of the defense department and oil factories in early 2019 as they are the main investors of the Aquanaut program.

According to the robotic company the Aquanaut is believed to be operated at the distance of 200 km away from its home base within a fraction of dial-up, probably this is the hardest part of making the Aquanaut said the spokesperson.

This UUV is more likely inspired by science fiction movies but this will cut off the cost of work and danger in most of the missions of oil factories and defense department.

The company hopes that it will play a great role in producing these like robotic technologies in future. It has the ability to travel a long distance, an ability to think and work on any underwater mission that is impossible for humans to do, as predicted before the company took robotics a step forward to prove ones again that the robotics is the future of human civilization.

There Are lot Of UUVs But Not Like This One