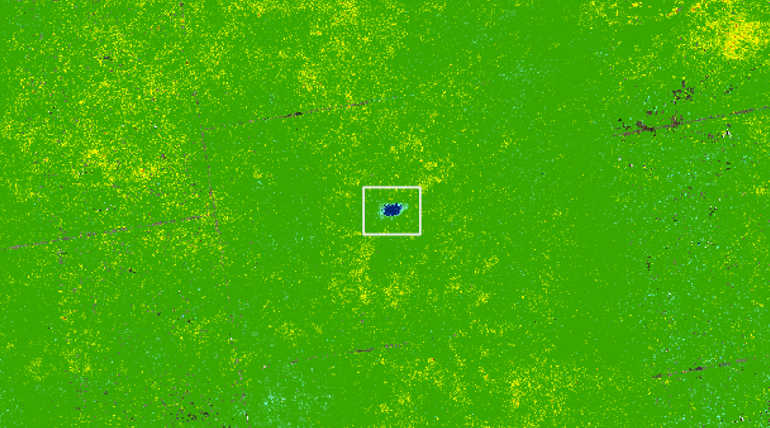 This Britain Village Is Uprising But Scientists Have No Idea What Is Going On. Image credit : GVL Geomatic Ventures

A tiny village in Britain is uplifting by something from down but scientists are failing to explain what is the reason underneath it. As per the report of a Britain based research team of Nottingham University, the village is lifting up at the height of 0.7 inches annually.

Geomatic Ventures, a Britain based company that working on the satellite-based ground motion mapping for future ceatastropical studies and ensuring safety had gathered some photos that taken by the ESA's Sentinal-1 satellite and came to a conclusion. They concluded that Willand village in the UK is raising up somehow.

Scientists kept blaming the coal mines for some previous happenings of the land uprising as continuous flooding in some abandoned coal mines may result in land swelling. But this time scientists have no idea why the Willand is raising up as the village is nowhere in the middle of coal mines and historical industrial legacy.

Scientists feel that it was too unfair that the residents of that village are not aware that their buildings and assets are uplifting in unison. Even though there are no reports of any structural damage and building collapse in the village the matter is to be considered seriously as because the mystery could resting down under the village in far deep. The village is around 2 km wide and homes almost 6000 English people.

The Chief of GLV Geomatic Ventures told the media that the uplifting may be due to some industrial water starts flowing and filling the underground of that village. It will be a great threat to the environment if some wastewater seeping under the ground as the continuous filling of those water could result in swelling of land and rock like a sponge and it and it may also reach the surface and contaminate the agricultural lands. Similarly, the town will keep its rising at a constant rate.

Even though the rising rate of 2cm per year may not cause great impact on the residence but it may hit the railway system. Hardly the high-speed railway system is running through this area get more attraction in this matter.