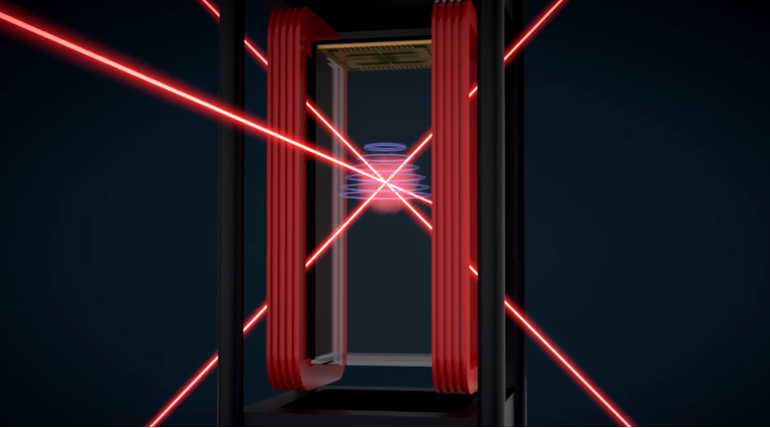 After some long test experiments on the object now NASA really planning to get that ultra-cold object up to the International Space Station. When you think about that cold object then again think it off what would be the coldest object other than the CAL (Cold Atomic Lab). Obviously, NASA is now getting ready to deliver that to the orbit.

NASA is planning to send this atomic fridge to the ISS on Monday with Cygnus. If it does so than a part of the ISS will be the ultracold place of the universe ever known as the CAL will suppress the temperature up to 10 billion times colder than the normal space temperature.

What is CAl? The system that uses magnetic fields and lasers to capture the wandering atoms in a closed environment by inducing ultracold temperature in the environment.

How does it work? In a normal room temperature, the atoms are subjected to a free movement their basic wave character is hard to witness even by some extremely sensitive types of equipment. The atoms are always pulled down by the gravity and always shows up only with its practical character. But when CAL induces the ultra-cold environment the fast-moving atoms are supposed to get slow down their motion and reaches the state of almost motionless. The state which is scientifically known as the Bose-Einstein Condensate. " The state of matter that has the property of one continuous wave character rather than its particle character.

How CAL work in space? Rob Thompson, a NASA scientist who worked with the CAL said that even though the CAL induces the Bose-Einstein Condensate to slow down the atoms the gravity of earth always like to pull down the atoms and make the experiment to last only for few seconds. If the cal system is tested in the microgravity, probably there is no chance will be left for the gravity to play with the sensitive experiment. There the wave character of the atoms can be kept on hold for a long time.

The CAL will help scientists to study the basic particle and wave nature of the matter in a shaggy state. That will bring a greater insight in the field of quantum mechanics and gravity.

The BEC was successfully tested last year with the help of CAL on earth now it seems breathtaking to put the CAL and BEC in zero gravity environment.