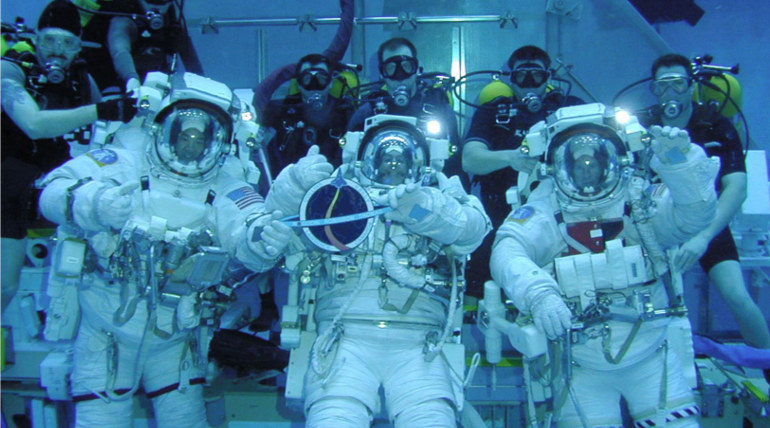 Underwater Mission of NASA's women crew will have another researcher from the University of South Florida. The researcher named Csilla Ari D'Agostino is now getting ready for 10-day research underwater off the coast of Florida Keys as an Aquanaut. In the coming month, precisely on June 10, less than 62 feet underwater to the Aquarius Reef Base in Florida Keys National Marine Sanctuary as part of the NASA Extreme Environment Mission Program also called as NEEMO 23 mission to stimulate space Exploration.

The Divemaster Csilla Ari D'Agostino said, "I'm just fascinated by the opportunity to be able to stay underwater and run all these experiments" She also added, "Two years ago, her husband was the aquanaut with NEEMO 22, and Ari Dâ€™gostino stayed above to help in the background. â€œI never even thought that I would be selected for the next crew, so I'm very excited and honoured," said Ari

D'Agostino. She also spent weeks for training with NASA for the mission. When underwater, she will be testing the equipment.

"This is for to study the physical and mental changes in the space. These extreme conditions mandate her package.

It can get cold because sometimes we are going to be out basically walking on the sea floor for four or five hours, so of course, we pack warmer clothes" said Ari D'Agostino. Csilla Ari D'Agostino will share her walk with another scientist with a NASA astronaut and a European Astronaut. She was excited to recognize that this will be the top experience of my career. When the time arrives for the crew to return it takes solid 18 hours to adjust upon the pressure. In contrast, it takes just a minute to dive and reach the base. On Wednesday, the mission will leave which falls on June 10 and extends up to June 19.