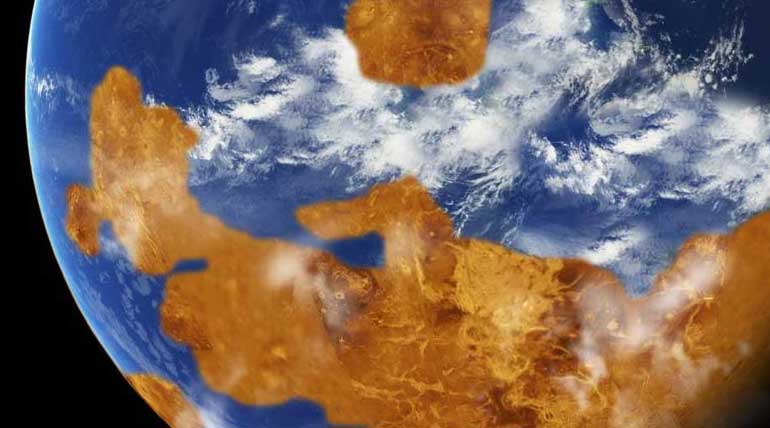 Earthâ€™s evil twin Venus is full of hot lava instead of liquid water confirmed by a study.

A study by Allan Treiman published in the journal of Geophysical Research reverses last monthâ€™s hope by NASA of Venus to allow liquid water.

The new research confirms that Venus is full of lava at temperatures as high as 700 degrees Fahrenheit or 370 degrees Celsius. With this new study, the possibility of habitation in Venus has vanished.

In September, NASA researchers released simulations of several scenarios that made it possible for second solar planet Venus to allow liquid water to exist at its surface for millions of years.

The said research was presented at the European Planetary Science Congress held in September 2019.

They also found that the high altitude region of Ovda Fluctus is continuous with the lower elevation portions.

Also, the study abstract confirms that the change in the radar properties not represent different flow.

A new study by Dr. Allan Trieman, an activist of science education: Re-examining Venus Ovda Regio highlands plateau, Dr. Allan Trieman believes that they are made of basaltic lava. Journal of Geophysical Research: Planets. Also, Treiman said that it is only little known about Venusâ€™ surface.

He also reiterates his stand in a statement that if the Ovda Regio highlands are made up of basaltic rock like the other parts of Venus, then they were likely to have been squeezed up to their current heights only by internal forces.

Opinion by other researchers on Venus:

This finding of Dr. Allan Triema contradicting NASAâ€™s stand on Venus could throw light on earth with climatic change to become like its evil planet Venus soon.