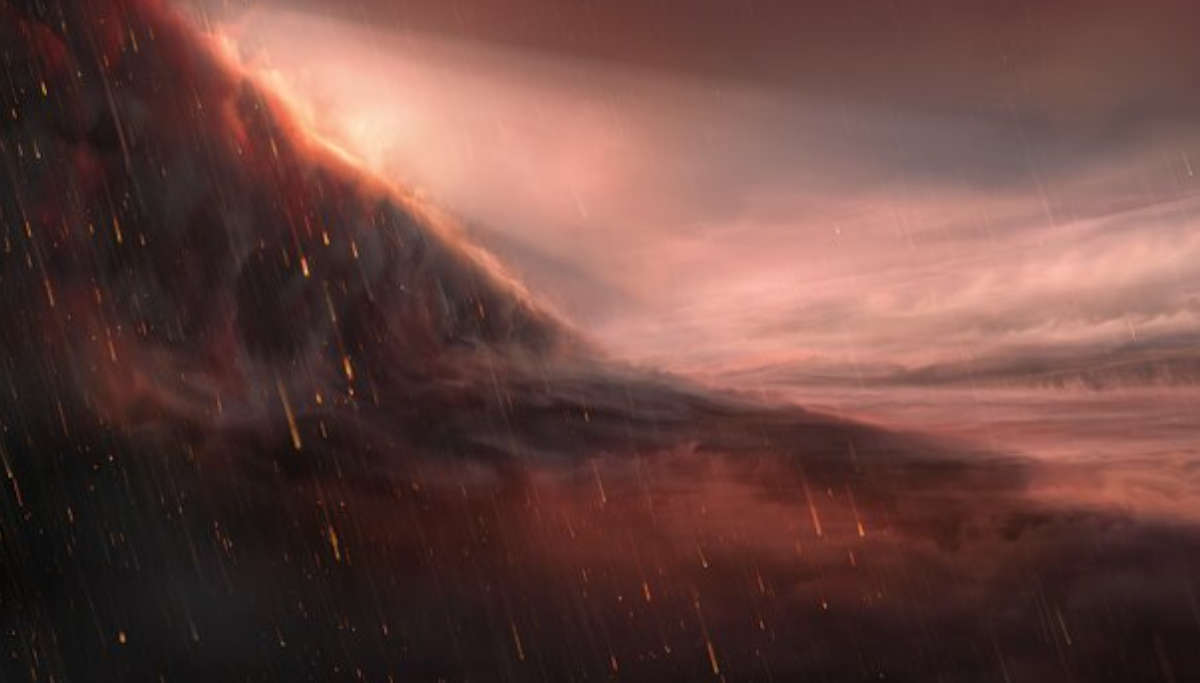 Wasp-76 is an exoplanet with hot molten iron rain

Astronomers discover an exoplanet where it rains iron:

If it rains, everyone in the world feels happy, but in Wasp-76b exoplanet, it causes sure death. It is because it rains iron, and the reason for NASA to say, raining in Wasp 76 is more of an inconvenience but death by a thousand cuts. This rain from the most exotic exoplanet seems to be one right from the science fiction movie that was reported on March 11 in Nature journal. It is only 390 light-years away from Earth in the constellation of Pisces.

David Ehrenreich is the lead author of the study and an astronomy professor at the University in Geneva in Switzerland. In a statement, he has confirmed that this exoplanet gets iron rains in the evening. There was no iron vapor in the morning and only during the evening there is the iron rain. He further states that the planet must have extreme climates, and it needs more understanding of knowing it.

The iron rain was observed by the researchers at the European Southern Observatory's ESPRESSO instrument. It is an acronym for Echelle Spectrograph for Rocky Exoplanets and Stable Spectroscopic Observations. The researchers using this instrument identified iron vapor during the evening side that separates it from the dayside. But iron is found in Earth also, and naturally, the question of life on this planet arises.

Stefano Cristiani, one of the authors of the published paper, said in a statement that, with all probability, there is no life in the exoplanet WASP -76b. It is because of the hot conditions during the dayside that shoot above 4,350 degrees Fahrenheit or 2400 degrees Celsius. With this kind of temperature that even vaporizes iron, how cans any life be possible to live on this planet concludes Stefano Cristani. The Study on this WASP-76b would only help future researchers who are researching faraway planets.