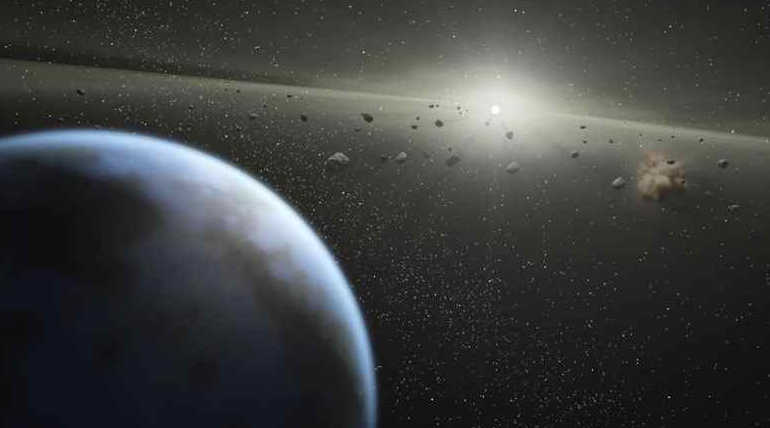 A new toddler planet in the constellation Chameleon is something like an unexpected finding of a team of international astronomers who assisted a scientist at Leiden University.

With the help of SPHERE, Europe's very large telescope homed in chile the astronomers have found a small faded object that orbits a binary star CS Cha at the distance of 600 light years away from the earth. They also came to a temporary conclusion that the object is a toddler with a disc around it.

When probing the binary star for any dusty disc around the star the astronomer team has subjected to notice a small dot that orbiting the star. Immediately the astronomers checked out the photos of Hubble and the Very Large Telescope that was taken back in 19 and 11 years back respectively and left their jaws dropped.

The scientists remarkably noted that the dot was kept moving all these years and came to a conclusion that the dot may be a planet in growing stage as the age of the binary star is believed to be less than four million years.

The scientists said that the planet showed up to the telescope in a faded way as most of the light from the dwarf companion seems highly polarized. this may be due to that has its own dust disk which always likes to scatter the lights that emitted by the object. the researchers also claiming that the disc would be the main reason for the low visibility of the planet. As the disk blocks most part of the light and makes the dwarf to look like faded.

According to the researcher, they are not completely sure whether the glowing dot is a dwarf planet of a Super-Jupiter in its earlier stage.

The scientists have left with any valuable results about the glowing dot even though they ran many test models on their computers.

Now they are hoping the ALMA telescope for additional information about the brown toddler.