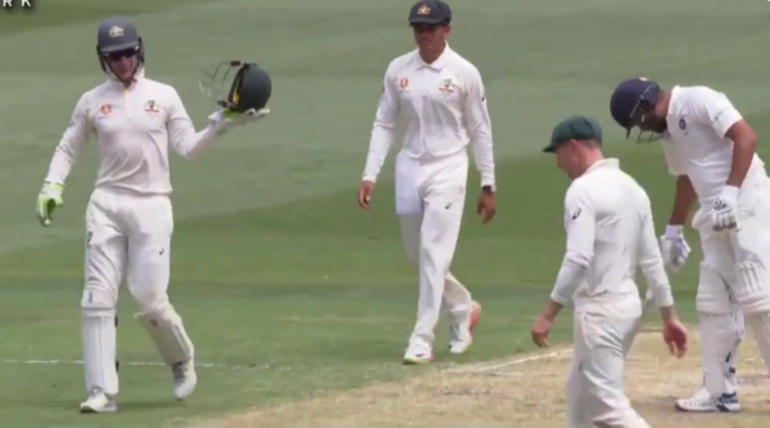 The Boxing Day test between India and Australia has crossed its second day with India posting a solid batting performance on the MCG. Cheteshwar Pujara claimed a century in this innings while Mayank Agarwal and Virat Kohli scored half-centuries. Rohit is still batting with a score of 63 (not out) in the first innings of the third test.

India is currently 443-7 at the scoreboard as of now on the verge of finishing Day 2 on a high note. The moment of the day is that when the Aussie wicketkeeper Tim Paine had a wordplay with Rohit Sharma that was recorded and released through the Stumps Mic. He said â€œIf Rohit hits a six here I'm changing to Mumbaiâ€ while the Hitman was seen smiling and passing on in this video.

The video was posted by Cricket.com.au in their social media page and is viral on Twitter. The previous moments like this took place when Tim took a dig at Captain Kohli and Rishab Pant making funny comments when the Aussies were batting,

The Stumps Mic technology is making a good time for the cricket lovers by offering some kick-ass moments during the whole day long match for five days. The four-match test series has one winner in previous both tests and this third one is most likely to end u draw going by the scenario.