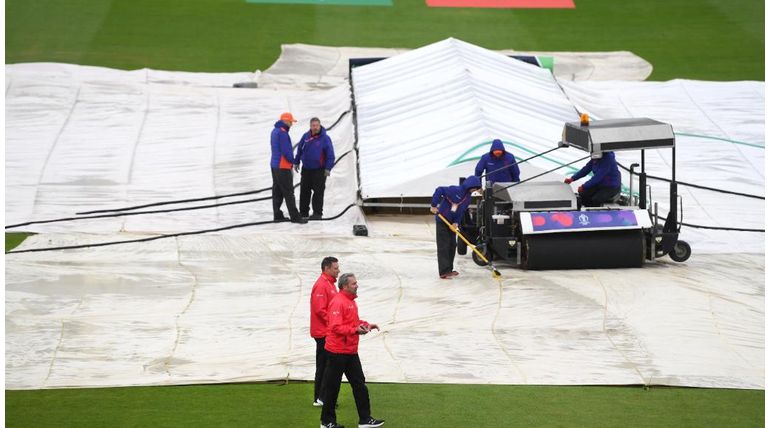 ICC CWC Points Table 2019: The weather in England is not as favourable as expected for the ongoing cricket world cup. The number of matches ending up without result is increasing day by day with bad weather. After the recent match of Bangladesh vs Sri Lanka got abandoned due to rain, the points table looks flooded with NR points shared by the teams.

The rain has currently offered six points so far with three cancelled matches in ICC CWC points table. The table topper New Zealand has six points in hand which equalizes the points offered by rain. The ground looks completely flooded with water and it looked impossible to drain even overnight at Bristol last day. This made cricket fans desperate seeing the condition of the cricket world cup in England. So far, South Africa vs West Indies, Srilanka vs Pakistan and Bangladesh vs Sri Lanka seen no results end of the day.

World cricket spectators are commenting about the weather condition in the UK. While Sri Lanka has faced two abandoned matches in so far, it is the most affected team right now in the world cup so far. South Africa who was down at the points table with 0 points got a further set back with the rain against West Indies match. Todayâ€™s match of Pakistan vs Australia will be a decider for spectators to see the result of this world cup for Rain factor.