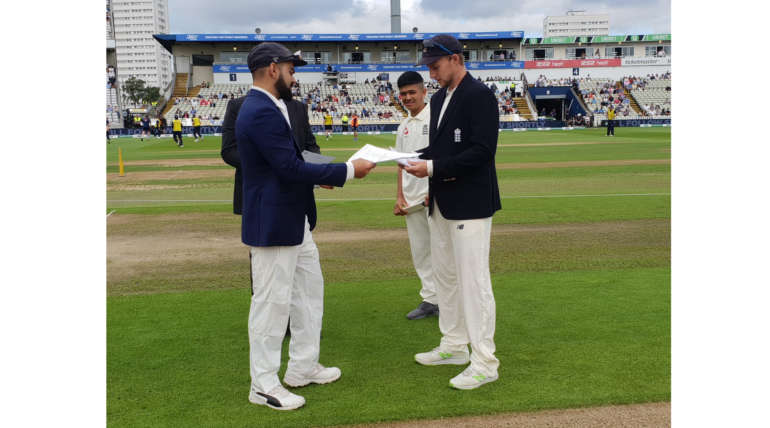 The 1st test match of 5 match test series between India and England have started before a while and the hosts England have won the toss and chose to bat first. Both the teams are in good form with experienced players.

During the toss Indian captain, Virat Kohli said “We were thinking about bowling first. The conditions are overcast, we want to make the most of it. There's always excitement and anticipation, it's a long series and we are well prepared”

England Batsmen Alastair Cook and Keaton Jennings came up to open the innings for England while Umesh Yadav and Ishant Sharma started their opening spell. The pitch seems to favour swings, seeing the length of deliveries so far. Ravichandran Ashwin is about to start his spell and we have to wait and see if the pitch is spin friendly which would give Indian team an idea about using Kuldeep Yadav.

Meanwhile, England is currently 45-1 with Jennings and the captain Joe Root are in the crease after opener Cook was bowled by Ashwin in a fantastic delivery.