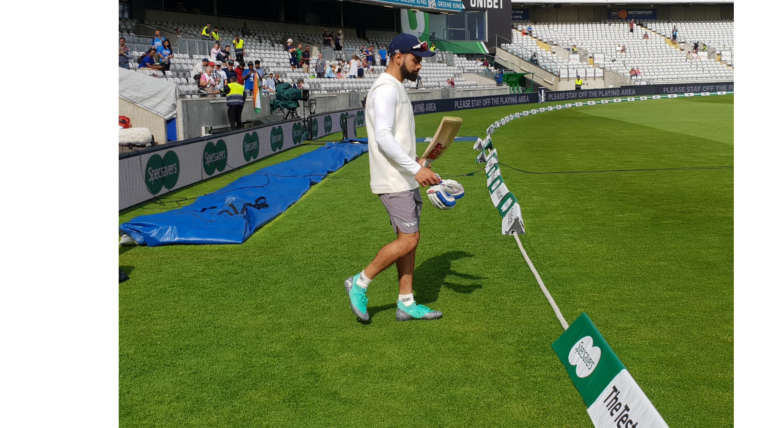 After India lost its second test match against England at Lord’s, the Indian Skipper Virat Kohli seems to be in good spirits to come back stronger from the next match as a team. India lost both the test matches in the series so far with 3 more matches left. England who is leading the Test Series by 2-0 is confident about their bowling and batting unit to lift the series.

Kohli in the post-match presentation said that they are accepting their mistakes, learning from them as a team to not repeat the mistakes again. Currently, the team is thinking nothing but making the series 2-1 and build from there on. Kohli is confident about the bowling unit and of course, batsmen should perform in the upcoming matches to make the team win.

Through his Facebook post, Kohli expressed his positivity by saying “Sometimes we win and other times we learn. You never give up on us and we promise to never give up on you either. Onwards and upwards.” Kohli with the Indian team is preparing for the next test match and the selectors should be looking for a perfect balance in the team that is missed in the previous matches.