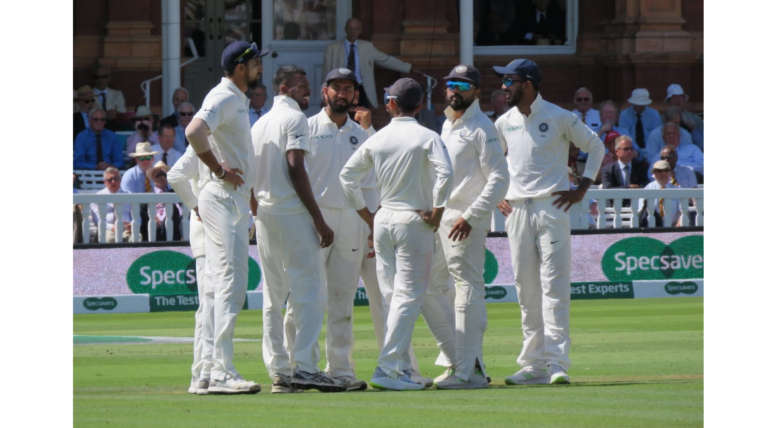 Indian Team is seeing a bad light for the past 2 days in England as the batsmen failed to put enough runs on board in their first innings. After India was all out for 107 runs, Indian bowlers failed to stop England batsmen from scoring runs as England team declared for 396-7 at the end of the First session of Day 4 in Lords.

When the Day 1 was called off due to continuous rain, India came up to bat on Day 2 and delivered poor performance. England showed a top-class performance both with the ball and the bat by scoring 396 runs in 7 wickets in which Chris Woakes remain unbeaten with 137 runs followed by Bairstow who scored 93 runs. After taking a lead of 289 runs England team declared India to bat.

Even after a big blow in 1st innings, India openers didn’t seem to have enough lessons as both the openers departed at an early stage of the innings. Vijay went without scoring a single run and Rahul was out for 10 runs. India is currently 17-2 with Rahane and Pujara in the crease. In such a rate of wickets, India is looking to face an innings defeat in the 2nd test and it is up to the Indian Batsmen to escape from a poor defeat by remaining in the crease for a while and score enough runs.