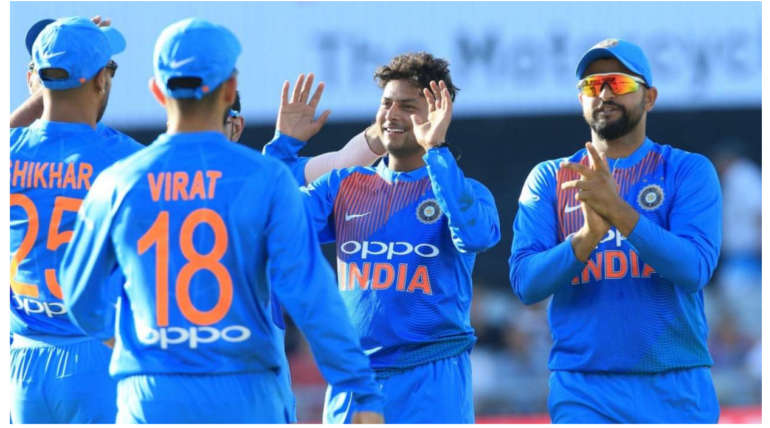 The young and talented Indian left-arm wrist-spinner is seen making some havoc in the England batting line-up during the ODI and T20 series in which the bowler bagged 5 wickets in 2 T20 matches he played and nine wickets in 3 ODI matches where he got 6 wickets in a single match. This is a great feet by the 23-year-old leg-spinner.

Speaking with the former Indian cricketer and national coach Anshuman Gaekwad, he said that the England batsmen will take some time to learn Kuldeep and it is important to use him at right time. Since the climate in England is hotter than usual times, the pitch will be seen more dry and will favour spin especially during the later sessions of the 5-day test.

With Top test bowlers like Ashwin and Jadeja in the squad, it is necessary for India to prefer new player to confuse the batsman and he added that he would go with Kuldeep in the first match and anyone from Jadeja and Ashwin after that depending on the favor of pitch for spin, we would go even with 3 spinners if needed. Also, it is important to stop English batsmen from learning Kuldeep and may use him in the final 3 tests too.

There is a threat for bowlers to get learnt by the batsmen easily and can't perform thereafter. For that case, he said about Anil Kumble who was once predicted by the batsmen, but later on, he changed his bowling and running style a bit and started giving pressure to batsmen and took a lot of 5 wicket hauls. Having performed his best with the white ball, now its time for Kuldeep Yadav to prove with red ball against the mighty Englan