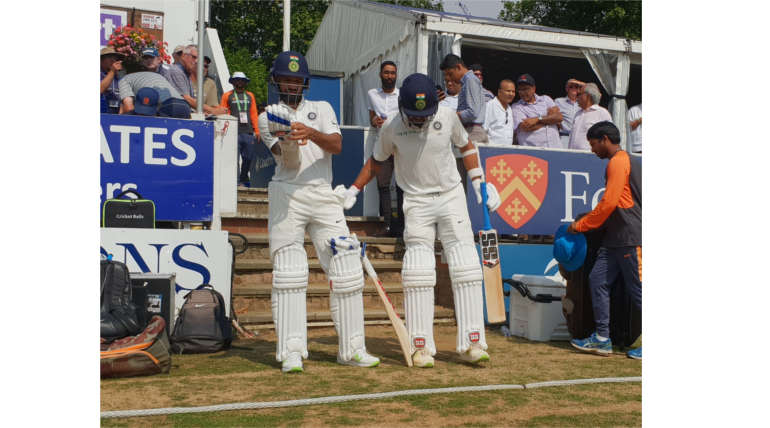 While India vs England test series is about to begin, Indian team is playing a warm-up match against Essex team for 3 days starting today. Indian skipper Virat Kohli won the toss and chose to bat first. Shikar Dhawan and Murali Vijay were sent to open the innings while Dhawan was sent back at the same speed of entry by Matt Coles and the next batsman Pujara also got out to the same bowler in the next over.

It was really a shocking start for India to start the warm-up match against the county team. Ajinkya Rahane and Vijay are currently batting in the crease to save India from the disastrous start. Virat Kohli who usually comes in the top order seems to be testing other batsmen by sending them earlier. It’s a testing series for Kohli since bilateral series in England is a challenging game for any country.

It is to be noted that Jasprit Bumrah is added in the playing squad today. With batsmen KL Rahul, Kohli, Pandya, Jadeja yet to bat and having experienced seamers in the team we have to wait and see whether India would take things under control under Kohli’s captaincy.