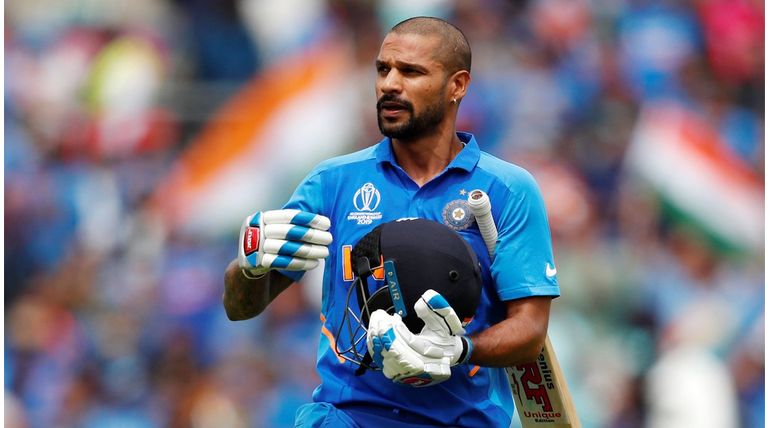 Shikhar Dhawan who is in top form in India has been ruled out of the ICC CWC 2019 for three weeks due to the thumb fracture happened during the last match against Australia. The player is in top form in recent times and the recent century against Aussies is another proof for the Gabbarâ€™s class. During half way of his innings against Australia, he got heavily hurt in the thumb and had a first aid after which he scored a century in the match.

Now the latest update is that the player is undergoing fracture and have to get some treatment and rest for the next three weeks. This made BCCI to give rest for Dhawan for the next 3 weeks of games in ICC CWC 2019. It is a major blow for the Indian team as the opener has contributed his best to the team. The opening pair of Rohit â€“ Dhawan has an outstanding track record with top scoring partnerships so far.

The change of opening pair is definitely a set back for the Indian team which is a matter of concern in ICC CWC 2019 for the team. KL Rahul will likely join Rohit for the opening pair hereafter in the place of Shikhar Dhawan and the fourth spot is yet again seeing a vacancy in the batting line-up. With Rohit, Rahul, Virat, Hardik, Kedar and Dhoni in top order, India is desperately missing a left-handed batsman. Though Jadeja can come in as a middle order left-hand allrounder, top order batsman is still under consideration.

Possible Replacement for Shikhar: At this moment, BCCI might opt to bring in another player in the place of Dhawan from India to join the team at ICC CWC 2019 tournament. As per expectations, Rishab Pant is the one who is likely having high chances for filling the shoes of Shikhar Dhawan. Though Dinesh Karthik and Vijay Shankar are already in the queue, the left-hand factor might make the selectors opt for Pant to come in as a top order batsman. Nothing has been confirmed so far and it is awaited to see the further movement of the management.