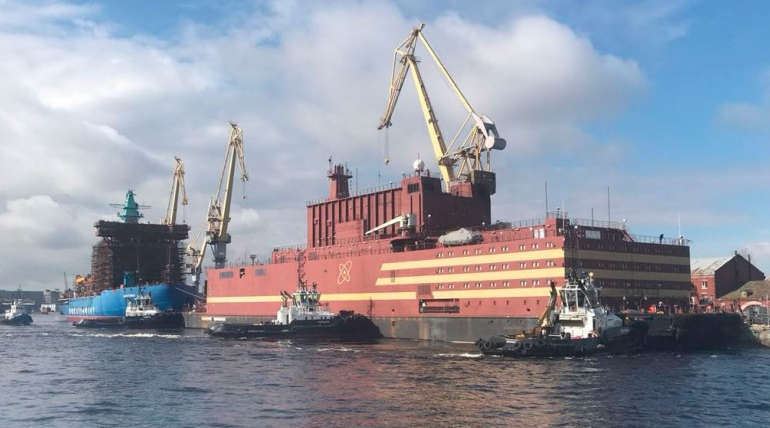 Akademik Lomonosov is the first floating nuclear power plant in the World. It is a non-self-propelled power ship and belongs to Russia. It acquires its name from Academician Michal Lomonosov. It is a mobile and low capacity reactor unit. It is isolated from the high main power distribution unit and in places hard to be accessed by land. It is mainly designed to overcome problems like to supply electricity transport infrastructure, landscape, and the coast of fuel delivery.

For the fossil fuel based electricity generation, the cost of coal, oil or gas attributes up to 40%. The cost is even higher for remote places. This will eliminate these challenges. This floating power plant was built by the nuclear power plant Rosatom. It has a displacement of 21,500 tonnes and a crew of 69 people. It has the latest security systems and is considered as one of the safest nuclear installations in the world.

However, environmentalists have dubbed it as 'Nuclear Titanicâ€™ or â€˜Chernobyl on iceâ€™. It will be primarily used to power oil rigs in remote areas of the Arctic region where Russia is pushing to drill for oil and gas. The project is part of Russia's greater aims to secure rich deposits of oil and gas in the North Pole region in the Arctic. Due to climate change, new shipping routes are opening up in Russia's north and as a result; it is strengthening its military position in the region.

Some trivial information include