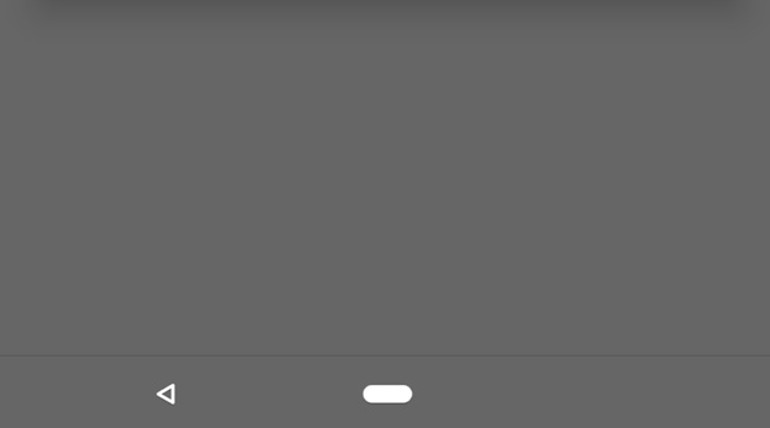 Android P is an upcoming version of the Android Operating system after Android Oreo (8.1). It was announced on March 7, 2018 and its preview also disclosed on the same day.

The new feature of Android P was leaked in a Google developer blog and removed quickly. The screenshot in the post revealed two major things to be noted. One is the absence of multitasking button at the bottom and it is expected to have a swipe up for multitasking user interface as available in iPhone X.

The second one is the change of shape of navigation button which is available as pill-shaped and it is not evident whether it acts as a button or just for swipe up to home screen. Also, the blue clour scheme with the white back button could be seen in the screenshot of DNS Settings.

According to the reports from trusted sources, these features resemble iPhone X's gesture navigation and the back button shall not be visible normally and appears only when a dialog box is open. When comparing the navigation features of Android P preview with iPhoneX, the recently leaked Google screenshot is in midway between these two or a mix of both.

In Gesture Navigation settings, already there were gestures from two fingers to five fingers, edge, status bas, navigation panel and touch gestures. Smatrphone users could tune up their needed or repeatedly performed actions relative to right swipe, down swipe, up swipe, single tap, double tap etc..according to their convenience.

The product is under testing stage now and is expected to be released on next Google I/O Conference scheduled to be held on 8th May 2018 or atlest the new updates in the version shall be informed.