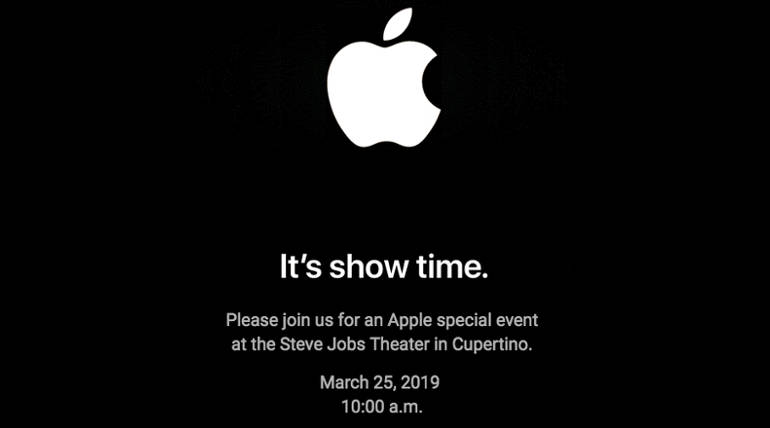 Apple on its Official Site

Apple Inc invited media for a event,March 25 at the Steve Jobs Theater on its Cupertino campus,California. The event is expected to launch a television and video service that will likely include subscription TV service also. Apple launches services and product in the weeks. There is a single line description not mentioned the focus of the event.

The single line mentioned as "It's  show time". Apple  spending  2 billion dollars in Hollywood to produce its own video content and signing popular stars. The service may resell subscriptions from CBS Corp,Lions Gate Entertainment Corp,Starz, Viacom Inc as well as Apple own original matter. And also it approaches Netflix,Amazon Prime where the TV Service reach internationally.

As Apple reported this January as first ever dip in iPhone sales and it would possible lower prices in some markets to account for foreign exchange rates. Apple had discussions with HBO,Warner Media to become part of service and lanch date yet to announce. There will also chances for iPad updates and TV devices latter this month. These actions will be a big shift for Apple.

"I don't look at that as saying Apple has given up on the (Apple smart speaker) HomePod or the Apple TV - those will be the products where Apple Music or an Apple movie experience work the best," Bajarin, an analyst with creative strategies said. "But Apple is smart to not limit the places people can consume their services." Apple service business is on the way to generate $50 billion per year by 2021,the company had said.