As needed, most of the mobile users choose to install the app from google own's Play store. But some of the apps go into the category of no legitimate function or a malware. Do you ever notice while installing an app, the app asked us to choose'install from an unknown source'. After installing, it may end up by crashing or stuck up while in usage. It's totally unsafe.

Recently Google spokesperson Scott Westover confirmed that the apps violated our policies and have been removed from the Play Store. For example, a developer with the dozen gaming app which is too trending on the store falls into the category of malware. After millions of download Google removed the app from its play store.

These buggy apps crashed for the user when they open it every time since the app tries to payload from another domain in the different regions. But still, its buggy, its really unclear what this malicious malware app will do in the system. Some of the app downloaded in the background and ask the user to install it. As soon as it gets installed, the app hides and starts to show the advertisements.

Google in their turn, remove more than 7 million malicious apps from its store last year alone. and improves its back end to avoid these malicious apps to get into the store. Google claimed it was able to do this "through significant improvements in our ability to detect abusive app content and behaviors - such as impersonation, inappropriate content, or malware - through new machine learning models and techniques."

In addition, "We have also developed new detection models and techniques that can identify repeat offenders and abusive developer networks at scale. This resulted in taking down of 100,000 bad developers, and made it more difficult for bad actors to create new accounts and attempt to publish yet another set of bad apps."

On the user end, the options are to uninstall the particular app or do a virus scan on apps. 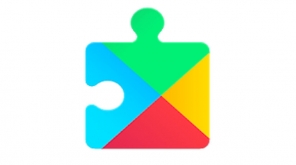