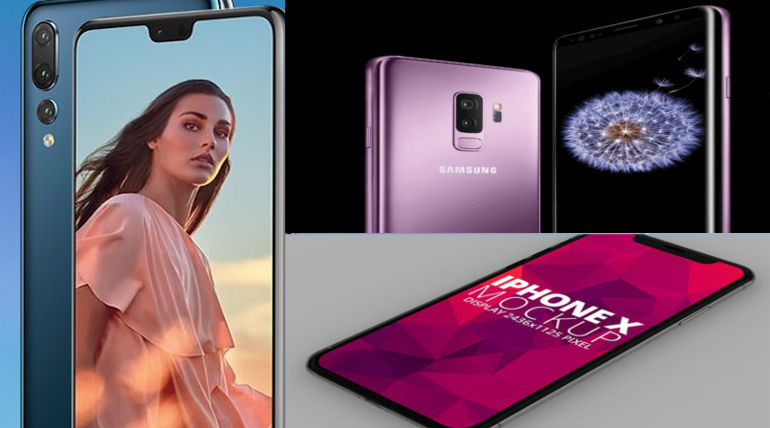 Huawei P20 Pro And P20 Lite were Launched at New Delhi in India on Tuesday. These are the debut models in P20 series to be launched in India and available in the mobile market from May 3 but pre-orders have already started on Amazon. Here is the comparison of its exciting features with the existing popular models of tech giants.

Huawei introduced 40 MP rear camera along with 20 MP and 8 MP at the back while the others have just 12 MP with Apple and Samsung having a dual real camera.

4000 mAh is available with Huawei P20 Pro while iPhone X has 2716 mAh, Google Pixel 2 XL has 3520 mAh and Samsung Galaxy S9+ has 3500 mAh as a maximum. Internal storage (RAM) of Huawei model is 6GB while the others are around 4GB with Samsung model having 6GB as an option. External storage of Huawei model is 128 GB while all the three models are accustomed to 64GB/128 GB.

Launch Price: As usual, Apple iPhone is costlier than other models with Huawei P20 Pro at only Rs. 64,999 ($ 973) comparatively lower than Samsung and Google models. The entry of the model proved to be heavy competition to the latest released models of smartphone giants Apple and Samsung as it seems to move on to the next level.