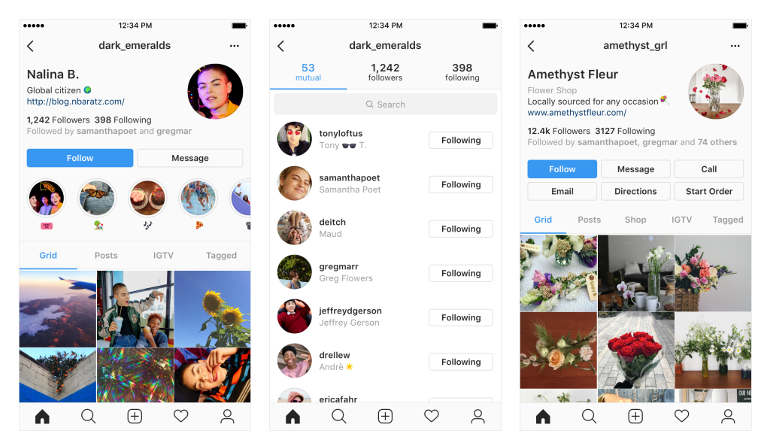 Growing popularity of Social networking leads to frequent changes in order to impress their users. Recently Twitter made changes in user interaction level, gains support from users. As Twitter officials think about how to give

importance to the Tweets rather than the following count.

Now, in turn, Instagram announced some changes including - the profile icon is now on the right and follower count is no longer at the very top. Instagram is phasing out the post count from the profile view. The description is also placed directly to the left of the profile icon. Instagram User's follower view is also different now. Rather than show their mutuals at the top of a profile's followers list, there's now a dedicated tab for mutual friends, all other followers, and a list of accounts followed by that profile.

Hope Instagram will work out more changes on the designs frequently, to make their users interact more socially. Recently Instagram starts action against the fake account holders. Have a look for the article we posted recently Instagram to Remove Inauthentic Likes and Follows through fake accounts

But this announced feature may make changes in user profile in coming weeks.