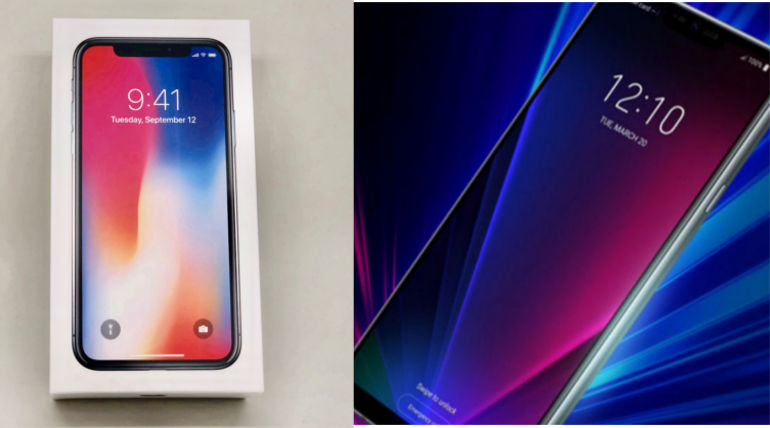 LG G7 ThinQ is the new smartphone released this week in South Korea initially. Following Soth Korea, the product will be launched in America and Asia.  The high-end smartphone came out with improved design and features when compared with its previous model LG G6. ThinQ is currently providing AI platform in smart TVs and speakers.

16 MP dual rear camera and 8MP selfie camera are provided in LG G7 ThinQ while LG G6 has two 13MP dual cameras with the 5MP front camera. iPhone X, Samsung Galaxy S9+ has 12MP rear camera and all the three have LED flash at the back in common. But, HuawiHuawei'sPro has 3 rear cameras (40MP/20MP/8MP)  and 24 MP selfie camera outplaying all these models. The only significant camera feature in LG G7 ThinQ is that it is an AI enabled.

Last year models did not have the AI feature and the company advertises as having a dedicated Google Assistant button. LG has already hinted about the Artificial Intelligence Platform, for example, recognising an image of an object. Also, the AI enabled smartphone has AI CAM, QLens and Bright Mode adding up the camera quality and taking photos according to user's wish. Also, The AI is similar to Samsung's Bixby Assistant.